"For The First Time Since 1963 We Have Volunteered Ourselves to Opposition, " Uhuru's Ally Says

"You see for the first time ever,we have volunteered ourselves to the opposition," he said. 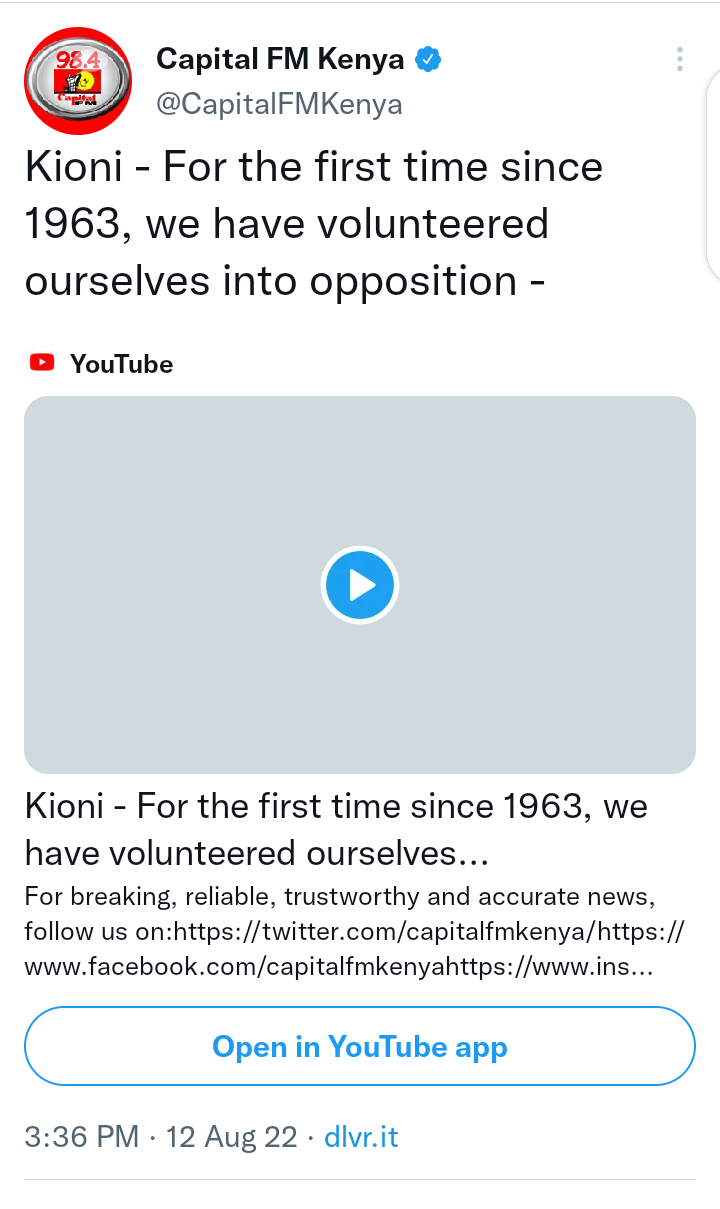 The Jubilee Party SG said there was vote manipulation in favour of its adversary, the UDA.

The SG refuted the concept that their opponents were defeated by a supposed UDA wave in the Mt Kenya region.

Kioni stated that its operatives at the voting stations within the constituencies reported voter bribery, intimidation, and the presentation of UDA campaign materials.

He also claimed that presiding officers mistreated Azimio agents.This was accomplished by denying them timely access to the polling locations.

"The quantity of used ballot counterfoils did not match the voter turnout in the KIEMs," he noted.

Additionally, he sympathized with the defeated Azimio-aligned MP candidates in the region.

Kioni is one of the politicians who lost the general election on August 9th.The Ndaragwa MP lost and conceded to UDA's George Gachagua.