Mount Kenya leaders are divided on who is supposed to take the mantle of the region's kingpin after former president Uhuru Kenyatta's exit. 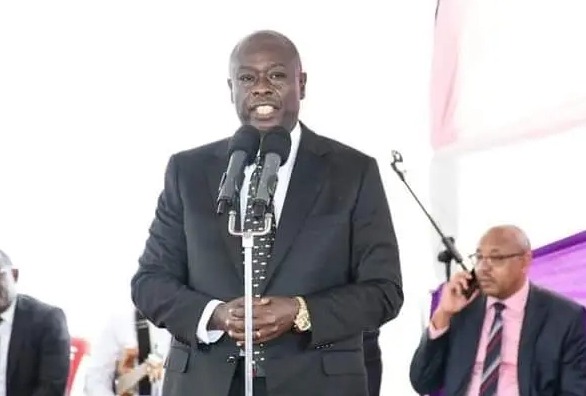 Some argue that with Rigathi Gachagua as the deputy president and him being the highest ranking politician from the region currently, he automatically becomes the kingpin of the region.

However, for some, former president Uhuru Kenyatta remains the Kingpin. Others also feel that the region is yet to gave their kingpin while others see no need of having a kingpin.

Former Nakuru County governor Lee Kinyanjui pn his side argued that the region is yet to have the Kingpin arguing that it will take years for them to settle on their spokesperson the same was echoed by former Nyeri town constituency member of Parliament Hon Ngunjiri Wambugu. 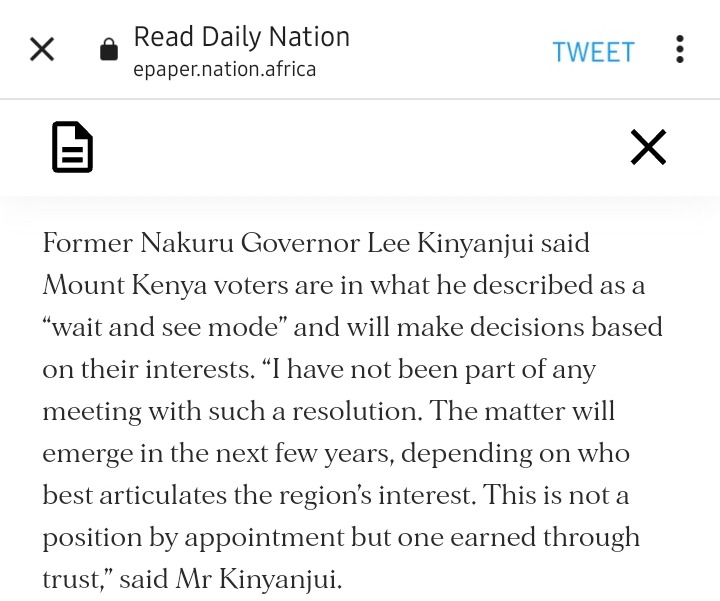 Justin Muturi who was declared the region's Kingpin recently, has decided not to concentrate on such debate anymore arguing that he is determined to offer Kenya legal advice as the attorney General. 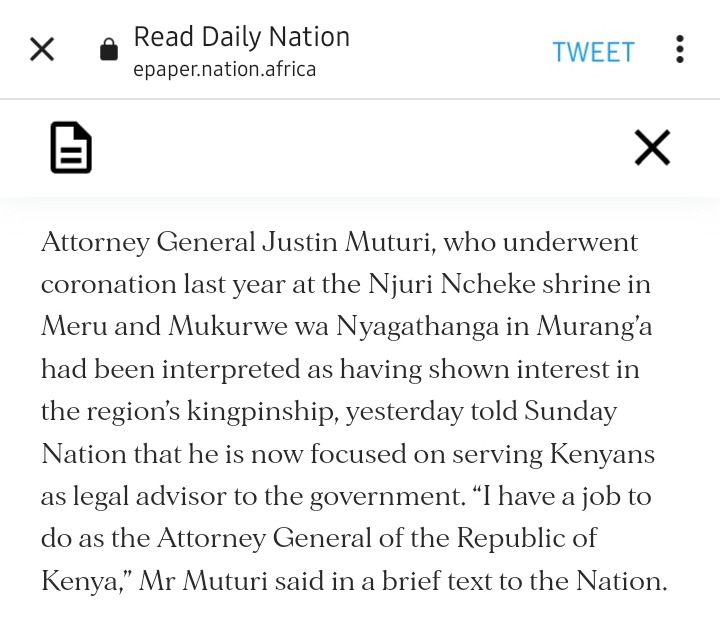 For nominated member of Parliament Sabina Chege and former Majority leader Amos Kimunya, Rigathi Gachagua's position automatically ranks him highest in the region and he now deserves respect, however, according to them Mount Kenya politics does not revolve around one person. 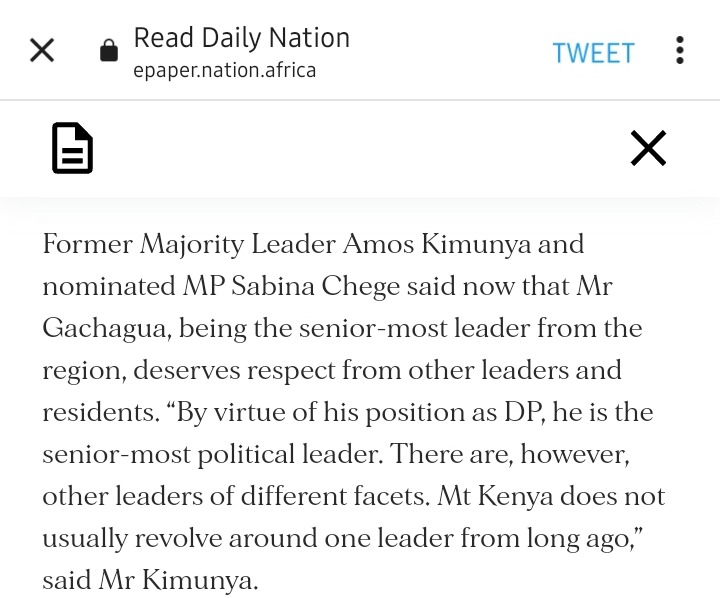 For Irungu Kang’ata, the Murang'a County governor, he is not interested in such politics as he is currently focused in serving his constituents.

For Jubilee Secretary-General Jeremiah Kioni, former president Uhuru Kenyatta remains their kingpin only that he is engaged in international affairs.