Dr Miguna Miguna has come out to tell of the Royal Media Group to stop insulting the deputy president because of his openness and free will of expressing himself. This is after the media house hosted the deputy president on Sunday night for an interview. During the interview Gachagua revealed many things and as Kenyans know him he never hides the truth. 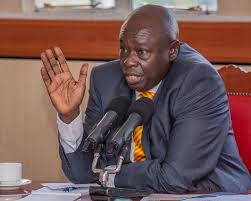 After the interview Miguna came out and said that Citizen TV was being unfair to Rigathi Gachagua. He said that attacking the deputy president is one of the ways they are using to fight president William Ruto who has been their greatest rival. The lawyer asked the media house to leave Gachagua alone and deal with William Ruto himself if they have a problem with him.

"They must stop hiding behind @rigathi a.k.a. #RiggyG. They are being extremely unfair to Rigathi Gachagua. Leave the man alone. Let him express himself the way he wants." Part of Miguna's statement read. 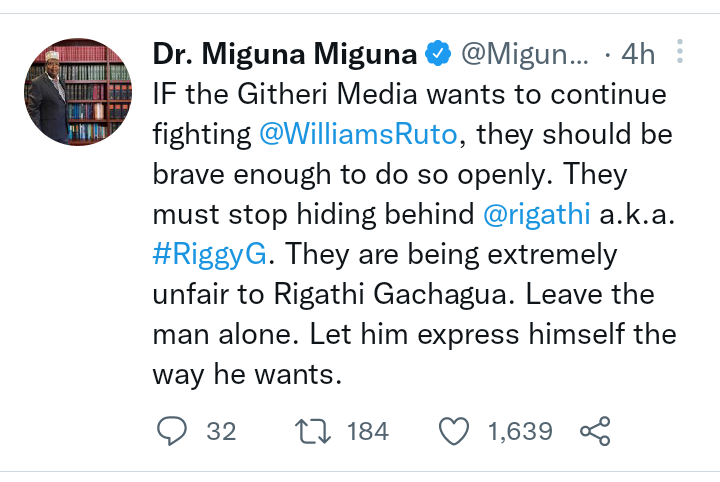 Gachagua has been known to be a man of truth as he does not shy or fear speaking the truth whenever he is addressing the people. This has increased his popularity and his boss has been pleased by his character. Members of Kenya Kwanza have promised to always protect and back him because they stand for the truth.

"No Prison Can Hold All of You: Don't Pay Back the Money From Chief Hustler" Babu Owino to Kenyans