By NewsIsBrilliant (self meida writer) | 14 days 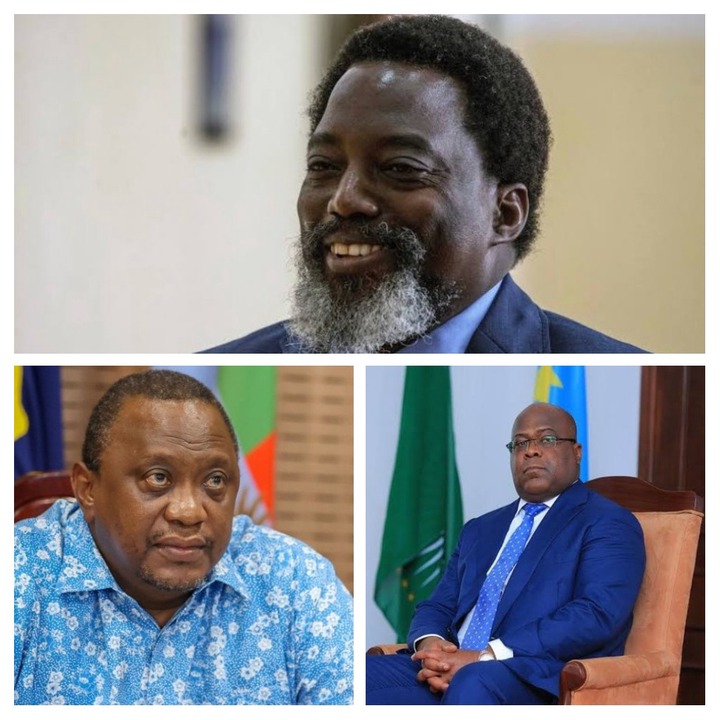 President Kenyatta is attempting and intending to follow the Democratic Republic of Congo's lead as the country approaches elections next year, according to Miguna Miguna of the National Resistance Movement.

According to the deported attorney, President Uhuru Kenyatta is preparing a strategy that he may carry out in the same manner as former DRC President Joseph Kabila. According to Miguna, Joseph Kabila orchestrated a plot to rig the elections in favor of the current President, Felix Tshisekedi, whom Miguna refers to as Kabila's puppet.

President Uhuru Kenyatta, in the same manner that Joseph Kabila did, may attempt to remain a prominent leader when his tenure ends. Miguna told President Kenyatta that his proposals will be rejected by Kenyans. “President Uhuru Kenyatta is planning to do what Joseph Kabila did in DR Congo, rig elections and impose a puppet,” he wrote on his Twitter account. 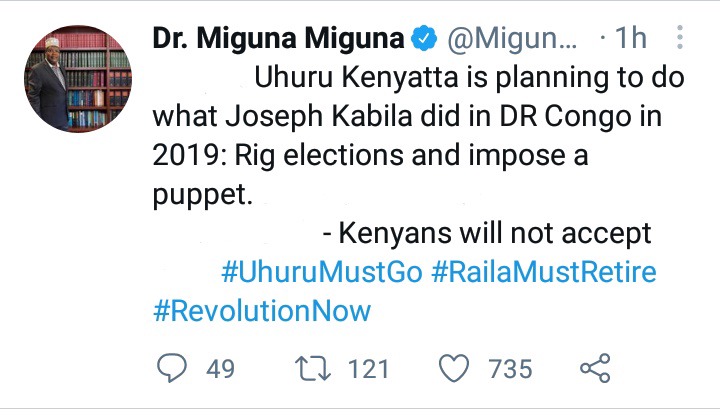 Content created and supplied by: NewsIsBrilliant (via Opera News )

"I Have Not Left Jubilee," Wamuchomba Clears the Air as She Reveals What DP Ruto Did to Her in Karen