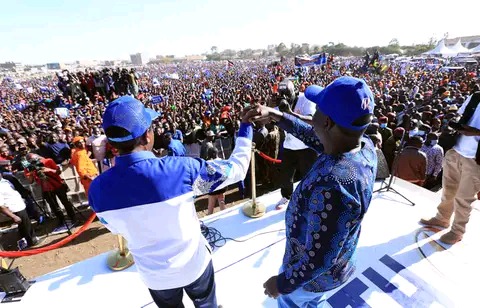 Kenya might ones again be sent into another handshake that might change the political direction of this country as the nation is preparing for the next general elections where Azimio La Umoja chief Raila Odinga is likely to face Kenya Kwanza presidential candidate William Ruto in the presidential race.

This is after details reveals that former Mwingi North member of parliament honourable Kalonzo Musyoka might make his way back to the Azimio La Umoja One Kenya Coalition.

Kalonzo Musyoka who had ditched the Azimio La Umoja One Kenya coalition after he failed to deputize Raila Odinga which made him to ditch the coalition and declare that he will also be in the ballot box as the next president of the country.

Kalonzo now wants the newly created post which was created by the Azimio Chief Raila Odinga to be captured in the coalition agreement. 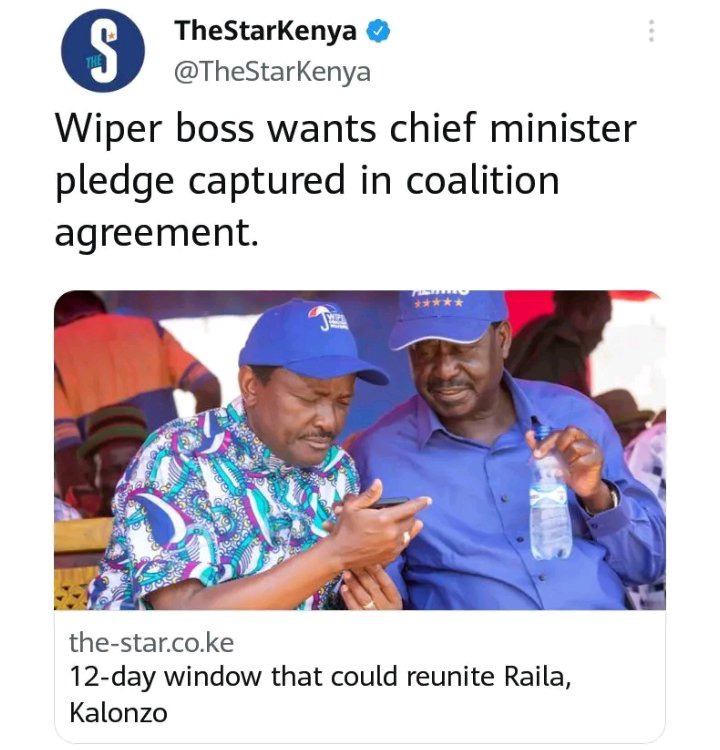 Kalonzo Musyoka has made this demand to be done within the 12 day window period which he said he will announce his next politi al move. If Kalonzo backs Raila, it will be a big boost to Raila as he will pocket Ukambani, parts of Coastal region and north eastern.