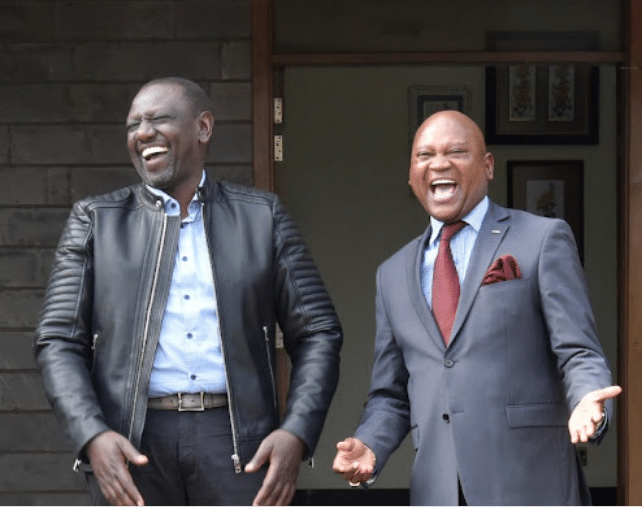 Kilonzo is the latest politician to join the party associated with Deputy President William Ruto after a number of other leaders of several parties, including the ruling party, Jubilee.

In an interview with a local daily, Kilonzo, who is targeting Kitui's senatorial seat in the 2022 general election, revealed that the UDA is more accommodating.

He said he had not yet officially communicated with the party leadership about his move.

“I have widely consulted and negotiated with senior officials of the UDA. I find the party accommodating. This is now my new home on whose ticket I will look for the Senate seat,” Kilonzo told The Star.

According to Kilonzo, one of the reasons he had to abandon the party led by Alfred Mutua is that he has no plans to run a presidential candidate in 2022. He said he is finding the More influential UDA under the leadership of Ruto. who has already started campaigns for his presidential candidacy.

“In 2017, I ran for a party that didn't have a presidential candidate I could sell to help me implement my promises,” Kilonzo said.

“I am now more comfortable because I will be running for the UDA which has a formidable presidential candidate in DP William Ruto."

"Kenyans are More Disappointed in you." Mudavadi Responds to Disappointment Remark by the President

Big Boost For William Ruto As Another a Billionaire Politician Joins UDA Party.

Stunning Free Size Dresses for Mothers To Rock in (Photos)

Kaa Na Pesa Yako, You Can't Buy Me, I Won't Betray Musalia, Malala Lashes Out To Raila In Nakuru