"Don't Use Parables, Endorse Mzee" Duale tells Uhuru After his Speech in Nakuru

The former majority leader, honorable Aden Duale has called upon President Uhuru Kenyatta urging him to stop using parable in his remarks ahead of the oncoming General elections in 2022. 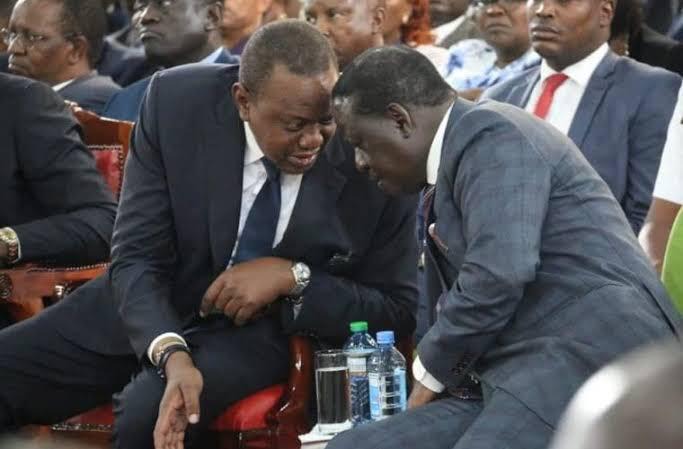 In his latest speech, president Uhuru Kenyatta said that the presidency needs someone with a sound mind and experience in politics, in his own words, Uhuru said that this is position that should be given to a man who is not in a hurry but one who plans and thinks carefully

Uhuru who was speaking to residents of Nakuru went ahead and said that kenyans needed to be watchful of who they elect in the oncoming General elections adding that they need to think wisely before voting for individuals who might make or destroy their lives for the next 5 years.

While reacting to his remarks, former majority leader Duale has called out president Uhuru Kenyatta urging him to stop using parables in his speech. According to the reports given by duale, he said that President Uhuru Kenyatta should come out and endorse the following former prime Minister of Kenya and Orange Democratic Movement party leader, honorable Raila Odinga who he has been meeting in different business trips.

However, Duale who is a member of the United Democratic Alliance Movement said that he was sure that the deputy president of Kenya, honorable William Ruto wa going to win the elections. Duale who expressed his disappointments and dissatisfactions after Uhuru's speech said that he needs to stop hiding in the closet. 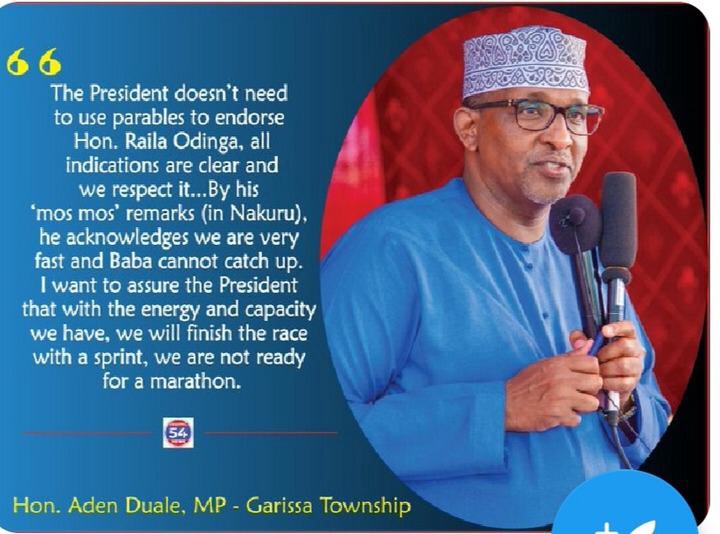 What DP Ruto Believes And Perceives About The Mount Kenya Votes

Raila Odinga's Supporter Gets A Haircut With His Image And Writings "Rao" Sparks Reactions.(Photos)