Raila Odinga Warns State Officials Not To Take The Handshake For Granted. 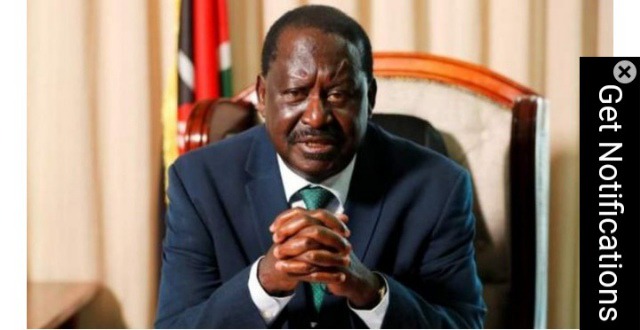 ODM leader Raila Odinga on Wednesday, May 19, warned the ruling Jubilee party not to take the peaceful co-existence that was attained by the 2018 handshake, for granted.

Odinga was expeessing his disappointment following the by-elections that took place in Bonchari on Tuesday, May 18.

In a statement, he divulged fears that some members of the Jubilee party were using the handshake as grounds to destroy freedoms that were earned after difficult battles.

"What we have witnessed in the by-elections in Bonchari and Juja is an abuse of police powers and an arrogant display of impunity by a few overzealous and bellicose government functionaries," reads an excerpt of the statement.

Odinga fired a reminder to other parties that an election process was an opportunity for voters to express their will at the ballot and not an avenue to pursue imaginary and short-term political interests.

"Security forces exist to serve the people and not the interests of those out to conduct political experiments," he stated.

On Tuesday evening, ODM secretary Edwin Sifuna had revealed that it was time to re-investigate their relationship with Jubilee to establish whether it is genuine or not.

Sifuna added that he had been forced to engage in running battles with the police to avoid arrest.

He blasted police officers, chiefs and their assistants who led in voter bribery in the area.

"We want an equal playground for all contestants. We will not accept to be in partnership with parties such as Jubilee yet they are the ones using state resources to undermine us," he stated.