The foundation of Jubilee Asili, according to political expert Herman Manyora, might constitute a succession of blows to the Raila-Uhuru handshake agenda and even the 2022 political plan. 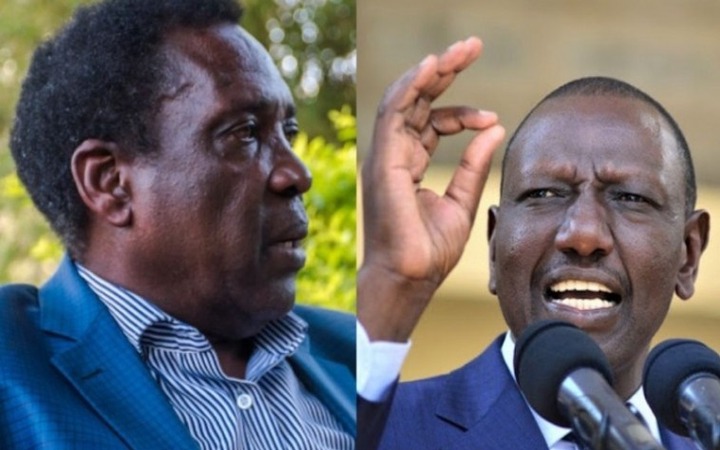 That, according to Manyora, was a sign that Deputy President William Ruto was taking direct aim at President Uhuru Kenyatta and Raila Odinga.

Manyora recently stated that the new political organisation, which is made up of Ruto's allies who have been whipped by the Jubilee Party, is capable of mounting a major attack on Uhuru and Raila and, in the end, becoming more popular than the handshake team.

Uhuru and Raila have been attacking William Ruto, according to Herman Manyora, but their assaults have not been serious enough to harm the DP.

Ruto was sending a message to the two, according to the commentator, that he was no longer taking a hammering while lying down and that he was ready to fight.

“Uhuru and Raila have been slamming Ruto, but the DP has never directly retaliated. Other players, on the other hand, have responded to him. This time, at the Jubilee Asili center, he has gone out in the open, and they are not disguising the possibility that this might turn into a full-fledged political party. Manyora replied, "The two must know Ruto has told them openly that he is not the boy they believed he was."

According to the University of Nairobi lecturer, Uhuru and Raila made the error of “hitting at Ruto in installments,” giving the guy from Sugoi time to reorganize and unite his forces in preparation for a larger course.

The scenario, according to Manyora, will get even more complicated if Ruto decides to leave and begins attacking Uhuru from outside government, where his course will be backed by prominent attorneys and civil society.

Manyora quoted Italian philosopher Niccolavelli, who said, "If an adversary is to be injured, it must be so severe that the opponent's reprisal need not be feared."

Ruto has been hiding his cards under the table, according to the don, as the handshake team released their best, leaving Uhuru and Raila with little choice but to guess Ruto's future moves.

“The handshake team's undoing may be the installment method in which they are dealing with William Ruto. They've taken their cards away, and he's seen a lot of them. Do you know the cards he has? In this country, we need to work together rather than being involved in fights where we hide lethal cards under the table,” stated Manyora. 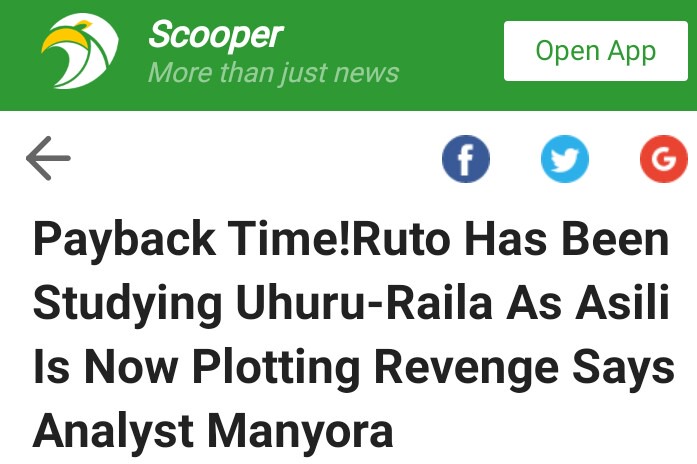