By Mn.news (self media writer) | 6 months ago 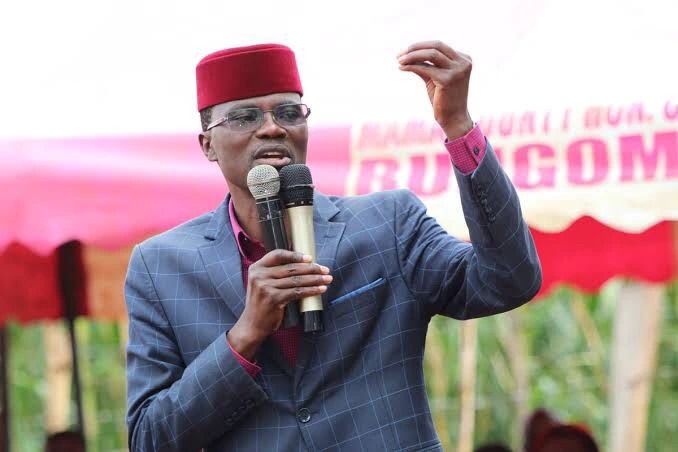 Kimilili MP Honorable Didmus Barassa is being sought by Bungoma police for a gunshot incident that happened in Kimilili.

According to a credible source, the famous politician reportedly opened fire in an incident that resulted in the death of Honorable Khaembas Bodyguard.

Reports state that the well-known lawmaker opened fire after an altercation broke out. Even more tragic, it has been discovered that one of the politician's bodyguards was shot by the guy. The Bodyguard was pronounced dead at the hospital after being transported there.

Up response to this, the National Police Service has issued a formal request for the well-known lawmaker to turn himself in. Police reports indicate that a well-known politician is sought for questioning in connection with the event.

Kenyans who resorted to social media to share their views on this occurrence have urged on the director of criminal investigations and the inspector general of police to ensure that the famous politician is prosecuted if he is proven guilty.

Even though Kenya is now holding its general elections, many Kenyans expressed their disappointment that the government has failed to take action against the growing number of corrupt lawmakers.

Meanwhile, the government's interior secretary, Dr Fred Matiangi, has urged Kenyans to be watchful throughout the current general elections in order to quell speculative media coverage of the process.