By Mk♥️News (self media writer) | 1 month ago

According to the most recent opinion poll results issued by Mizani Africa, Kachapin has been left in the dust with Lonyangapuo emerging as the winner of the race.

In the results, where three candidates declared their interest, Lonyangapuo came out on top followed by Kachapin of the UDA and Nicholas Own Atundon And Followed by Lonyangapuo's deputy governor

Lonyangapuo received 52.6 percent of the vote, while Kachapin received 41.7 percent, a 10.9 percent difference. Nicholas Own finished third with 3.2 percent. However, 2.5 percent of West Pokot County inhabitants are currently unsure about who to vote for. 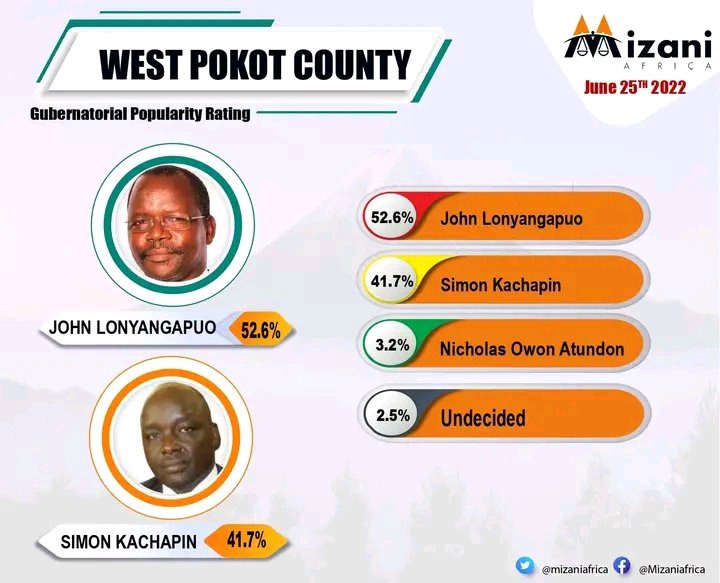 With 45 days till the August general elections, it seems evident that Lonyangapuo will defend his governor seat unless Ruto's point man Simon Kachapin adjusts his campaign approach to persuade West Pokot supporters to vote for him.

Content created and supplied by: Mk♥️News (via Opera News )

Mood In Kisumu After Announcement Of Presidential Election Results