Revealed, Why Uhuru Skipped Raila's Event After Secretly Jetting Back to Kenya 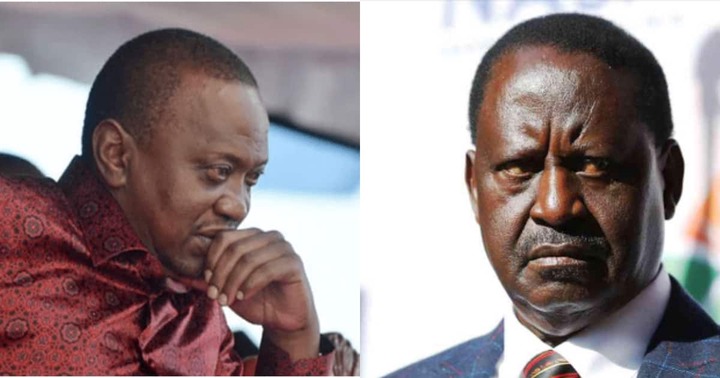 It was expected that Uhuru, who also doubles up as Azimio La Umoja Patron was will attend Raila Odinga's thanksgiving ceremony at Safari Park hotel in Nairobi on Thursday evening.

However, Uhuru was conspicuously missing from the event, despite being in the country. 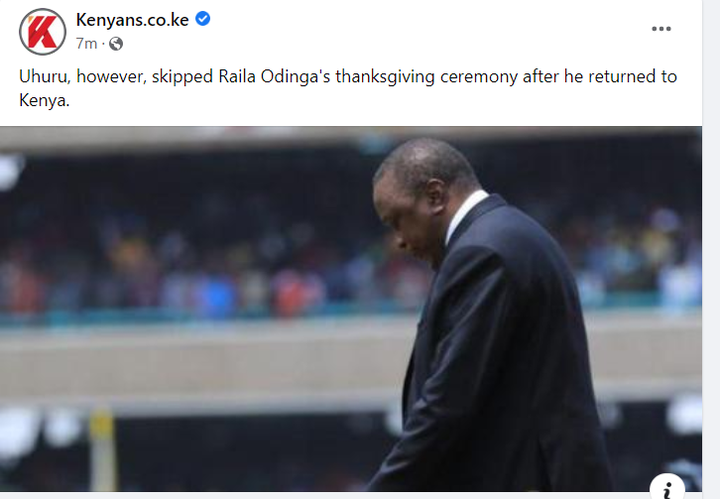 According to sources privy to the decision, the former head of state deliberately skipped the function as to avoid being criticized and seen as still in campaign mood.

It is also reported that he former head of state is keen on ensuring he does not cross paths with President Ruto who appointed him as Kenya's special envoy. This was after Ruto tasked him with mediating peace talks in Ethiopia and DRC during his swearing in ceremony at Kasarani

Ruto togeher with Gachagua hav already revealed that they have no intentions of going against Uhuru despite all the alleged betrayals, saying they will threat him well as all other former heads of state.