How DP Ruto Bravely Campaigned For Himself During Mashujaa Without Anyone Realizing. 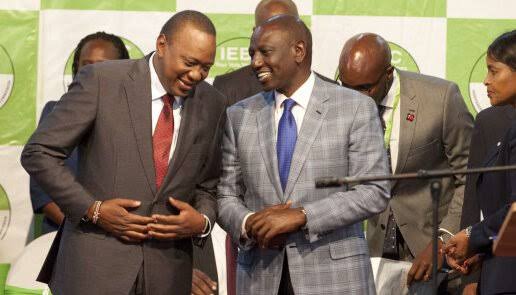 DP Ruto with President Uhuru Kenyatta in a past function (Photo Courtesy).

Deputy President William Ruto was among the top political leaders who attended the heroic Mashujaa Day celebrations that were held in Wang'uru stadium in Kirinyaga County. Others were the President of Malawi who was the chief guest, former Prime Minister Raila Odinga, Musalia Mudavadi, Anne Waiguru, Moses Wetang'ula, Gideon Moi and Hassan Joho.

During the event, a lot of things happened especially those that concerned DP Ruto. A few minutes after President Uhuru arrived at the event, things changed for the best as DP Ruto moved to the spot the president sitting. The two struck a conversation that turned into a deep laughter as people were looking in amazement. 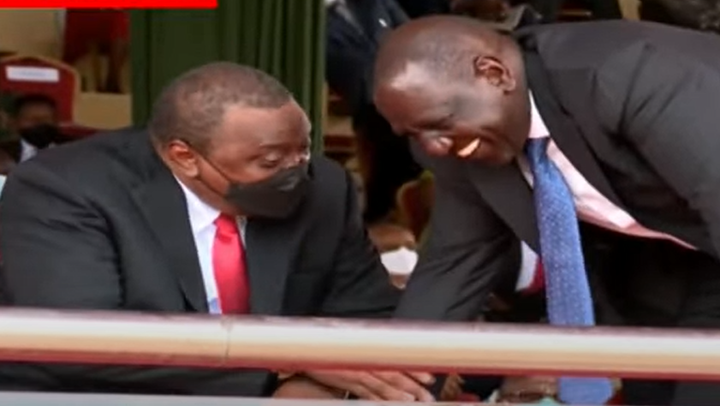 Today, DP Ruto used the great opportunity he was given to address some of the key issues that no other leader had not spoken about since Mashujaa Day celebrations kicked off early in the morning. He lauded President Uhuru Kenyatta for the wonderful job he has done for the last nine years even going ahead to promise him that he will ensure his legacy is well build once he leaves office next year.

DP Ruto took a chance to campaign for himself and his camp when he said that he will make sure the big four agenda together with the bottom up approach that he has been advocating for are merged to ensure the betterment of the country. 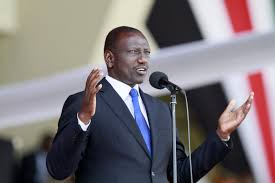 This was a brave move indeed because it showed that he was ready to protect and make sure everything that President Uhuru has been working for does not fade after a new president is elected in the next general elections. He proved that he will not destroy what the President has build but will work with his close competitors to ensure things work out well.

It was also a good idea for DP Ruto to use a tactic while speaking during Mashujaa Day because it made many of his fans who had come to witness the event happy. Otherwise the next event to celebrate Kenyan heroes will undoubtedly be held next year.