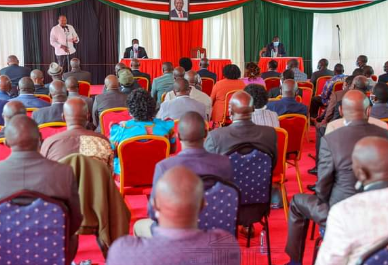 Speaking on Wednesday in Nakuru during a joint UDA, ANC and Ford Kenya rally, Malala said that he was called yesterday to attend the meeting that was hosted by President Uhuru Kenyatta at State House alongside other Western MPs.

According to the vocal senator, the leaders supporting Azimio La Umoja are now after Mudavadi allies, few days after he announced his plan to work with DP William Ruto and Moses Wetangula.

"I was called yesterday and requested to collect some money and decamp to Raila's wing. I want to tell him I cannot betray Musalia Mudavadi. He is a national leader," said Malala.

Malala further dismissed Uhuru Tuesday's meeting saying that the Western Region residents do not want meals from State House, but a revival of the government projects that stalled.

According to reports, Kenyatta expressed his disappointment in Mudavadi after he ditched OKA to the hustler nation, urging the Mulembe leaders backing Raila to hit the ground running and campaign for the ODM leader. 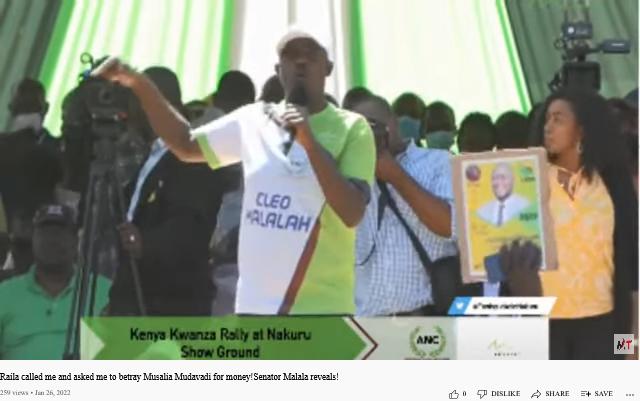