By Eaglenews (self media writer) | 4 months ago

Especially in Mount Kenya have found themselves at longer heads with their supporters as roadside cash promised for young people, women and traders by Deputy President William Ruto remains unfulfilled.

They include include elected leaders in the DP's campaign team or hopeful invited to rally to boost their chances of emerging victorious in August elections. 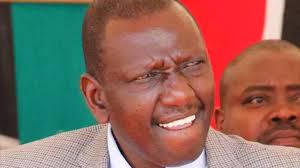 On November 13 last year Thika town MP Patrick Wainana, an aspiring Kiambu Governor invited DP Ruto to his constituency. While there, Dr Ruto promised 5 millions to young people and the business community. The money, he said, was to be channeled to Mr Wainana. The promise was however unfulfilled. The bodaboda and traders camped at his office demanding money promised by DP. To avoid confrontation, Wainana dig into his pocket and paid for the Deputy President's promise. He later removed UDA Campaign posters from his vehicle and opted to run independently.

"I didn't want to talk about that, it is very annoying" he told Nation Newspaper. 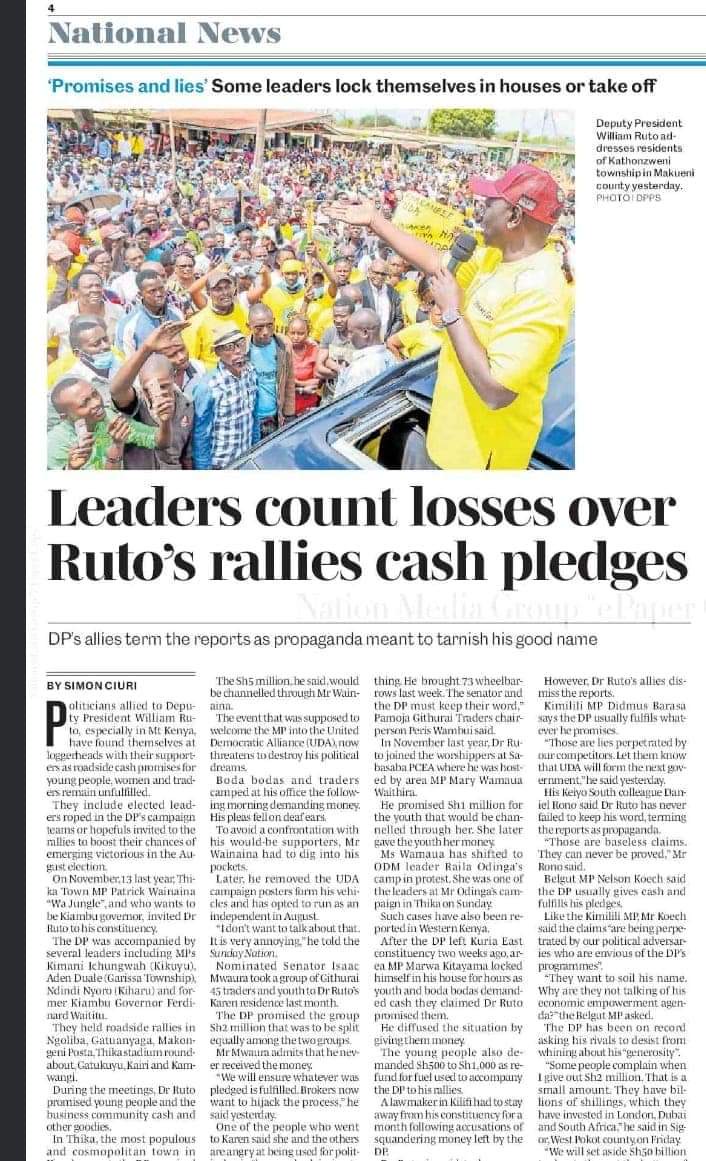 Nominated senator last month took a group of Githurai youth and traders to Ruto's home in Karen. DP promised 2 million. Mr Mwaura admits that he has never received the money.

"We will ensure whatever was pledged is fulfilled, brokers now want to hijack the process," he said.

In November last year when William Ruto visited worshipers in sabasaba PCEA church where he was hosted by are MP Mary Wamaua Waithira, he promised 1 million that was to be channelled through area MP. The MP had to pay for the pledge with her own money. Ms Wamaua later dished UDA and joined ODM leader Raila Odinga's camp in protest.

While the DP left Kuria East constituency two weeks ago, are MP Marwa Kitayamu locked himself in his house as youths and bodaboda guys demanded cash they claimed DP left for them. The young men also demanded sh 500 to 1000 as a refund for fuel used to escort the Deputy President.

Another lawmaker in Kilifi, had to stay away for a month from his constituency following accusations of squandering money left by Ruto. 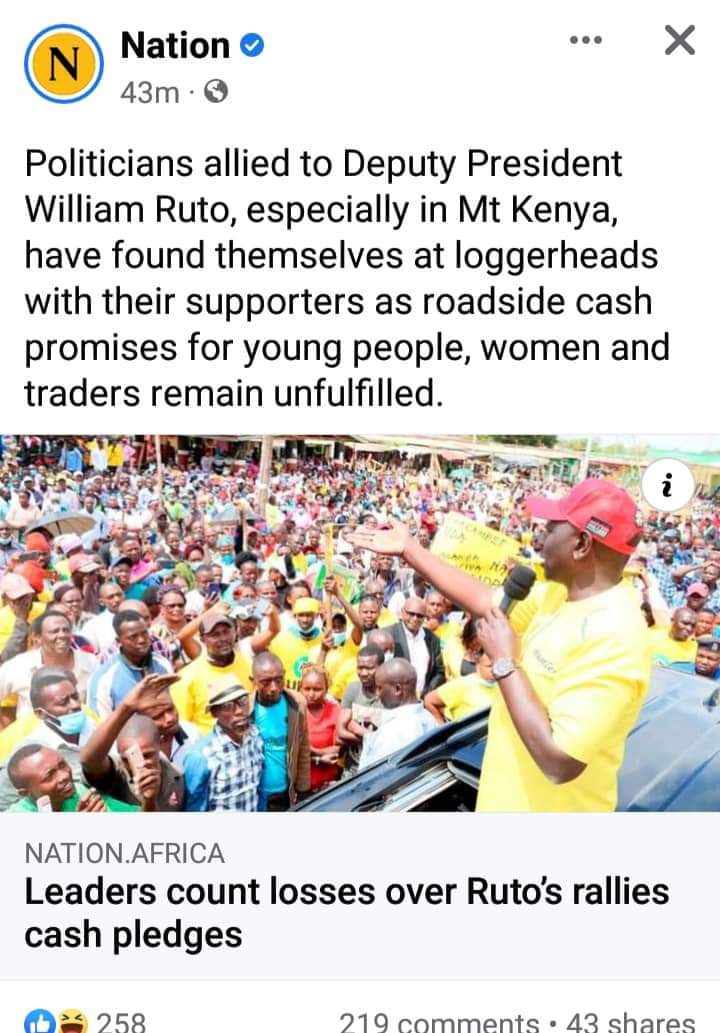 Deputy President's allies however, have dismissed this allegations.

Didmus Barasa has alluded that the Deputy President delivers his promises.

"Those are lies perpetrated by our competitors. Let them know that UDA will form the next government," he said.

His counterparts from Keiyo South, Daniel Rono argued that;

"These are baseless claims. They can never be proved"

Content created and supplied by: Eaglenews (via Opera News )