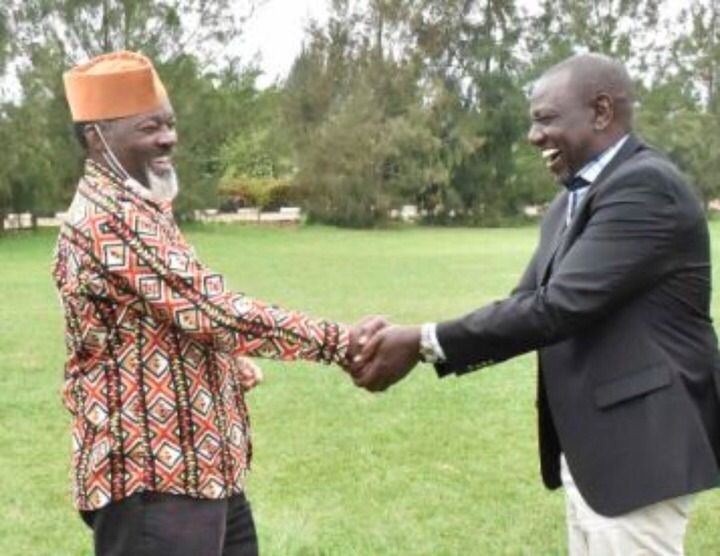 In a news report that has been shared by a reliable source of information, it has been revealed that the deputy president of Kenya almost Slapped President Uhuru Kenyatta after they allegedly had a Misunderstanding after the nullification of the 2017 General elections.

Addressing this issue, Muigai has claimed that it is so unfortunate that most politicians who are allied to the former prime Minister of Kenya and Orange Democratic Movement party leader, honorable Raila Odinga are currently stalking the deputy president of Kenya over this.

According to the reports given by Muigai, he claimed that a renowned politician who is allied to the former prime Minister of Kenya called president Uhuru Kenyatta the son of a dog and yet nothing was done about it and for this reason, he urged Azimio Politicians to stop trolling Uhuru Kenyatta.

While reacting to his remarks, kenyans who took to their different social media accounts to express their opinions and suggestions on the matter have called upon the deputy president of Kenya along with President Uhuru Kenyatta to find a solution to their fall out before the oncoming General elections are held.

According to the reports given by most Kenyans, they claimed that it was so unfortunate that both President Uhuru Kenyatta and the deputy president of Kenya are yet to do something about the increasing tension among kenyans despite the fact that the general elections is currently approaching. 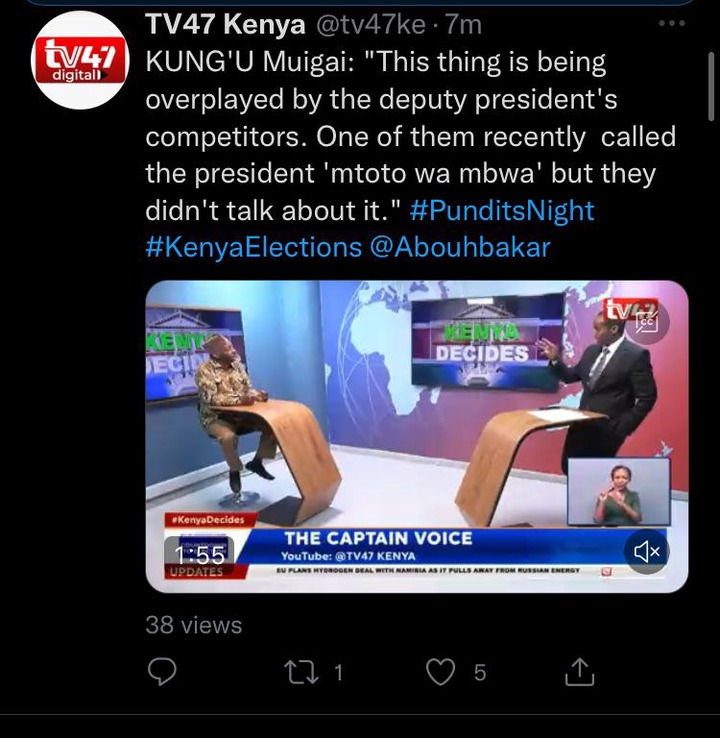