Kalonzo Musyoka has been on the headlines from Monday, since he made a decision to quit Azimio and instead go for the Presidential race as a Wiper Party Candidate. Kalonzo, is one politician popular for making last minute dives in to political fractions and mysteriously end up being in the government. Kalonzo decided he would vie for the Presidential seat with his Wiper Party ticket with Andrew Sunkuli as his running mate. Though it is still not clear whether Kalonzo will be allowed by the Office of the Registrar of Political Parties to vie for the Presidency, the biggest worry is whether Kalonzo will be able to match Raila Odinga and William Ruto who already command large percentage of votes across the country. 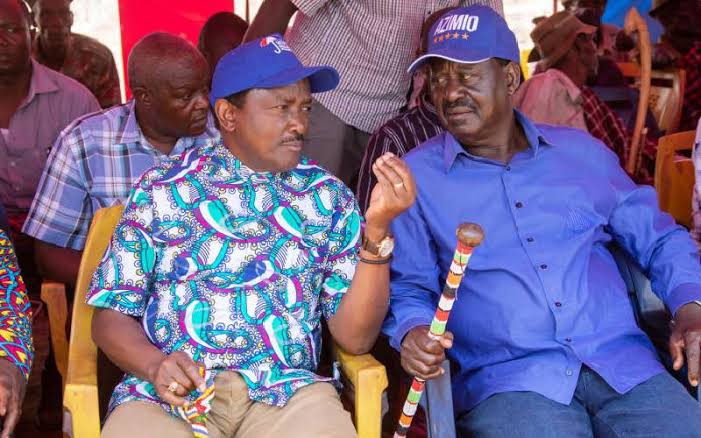 Meanwhile, let's have a look at Kalonzo's history in the Presidential race. How he performed in the last election he vied and whether he stands a chance of outplaying his previous self. The last time Kalonzo vied for the Presidential seat was in 2007 when he dumped his ODM counterparts just a few months to the Presidential election and decided to vie on ODM-Kenya ticket. Kalonzo who would later rename ODM-Kenya to Wiper Democratic Movement emerged distant third with a total of 879,903 votes translating to 9.81% of total votes cast. A majority of Kalonzo's votes came from Eastern Ukambani region. In what was interpreted as a spoiler for Raila 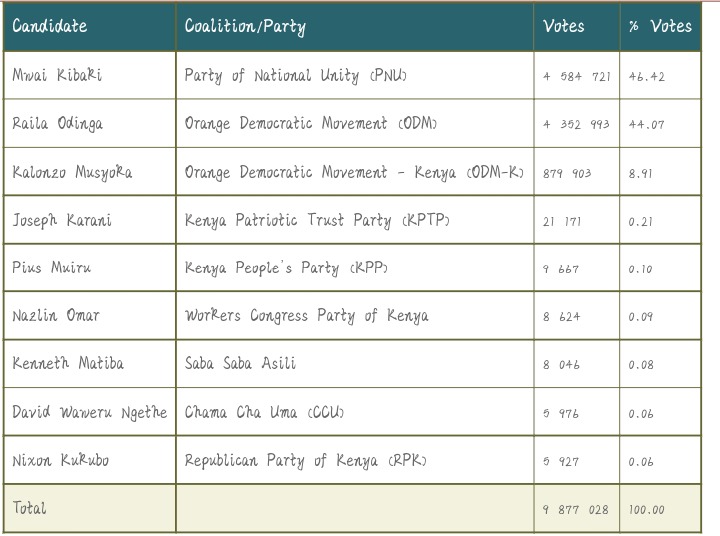 Presidential election voting patterns in Kenya are usually tribal. Kalonzo having made the decision to go alone if he is cleared by ORPP, will probably get more votes from Ukambani Region than any other candidate. The three counties of Ukambani region, Machakos, Makueni and Kitui has a total of 1.7 million votes. This implies that if a larger percentage of Ukambani region voters go for Kalonzo. After which he'd consolidate few votes from the rest of Kenya and e.g the Rift Valley Region where his running mate Andrew Sunkuli hails from. With this phenomenon, the Wiper Party leader would stand a chance of gaining more votes than he got in the 2007 election. 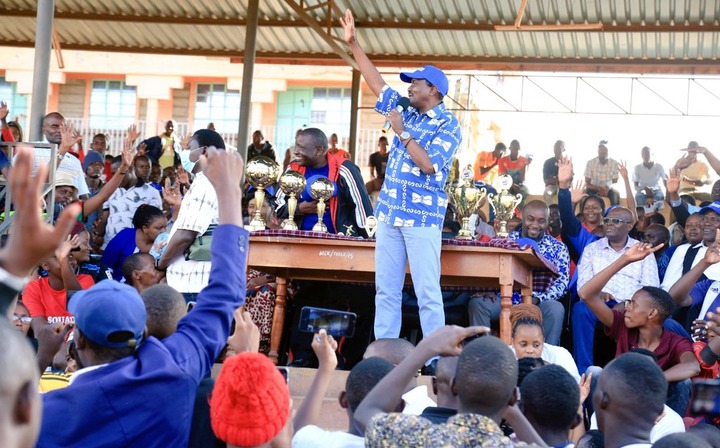 Kalonzo's votes would however spoil the party from one of the two main candidates and more so Raila Odinga. Odinga has had massive support from Ukambani where Kalonzo come from and North Rift where his running mate Andrew Sunkuli comes from over the years.