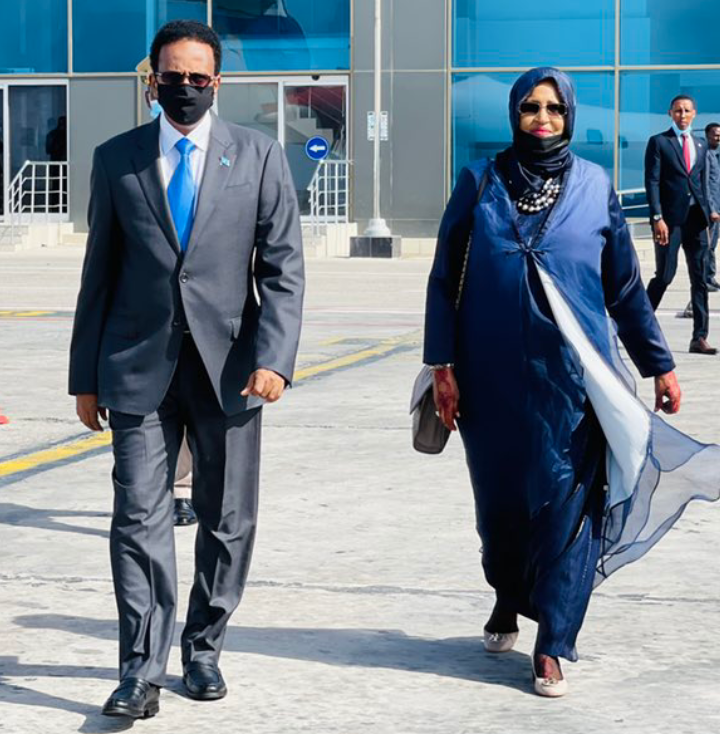 Close to five hours after an order from the Kenyan Government suspending flights to and from Somalia, President Mohamed Abdullahi Farmaajo of Somalia who had already announced leaving his country for the swearing in ceremony of President Yoweri Museveni when that order from Kenya came in arrived in Uganda at around 2PM today.

In an update that was delivered at 2pm, President Farmaajo arrived at the Entebbe International Airport in Uganda aboard a white 'National Airways' plane for that ceremony as seen below. 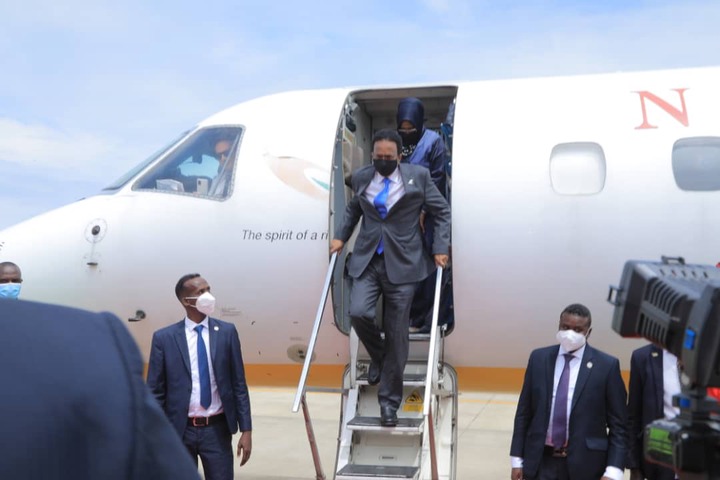 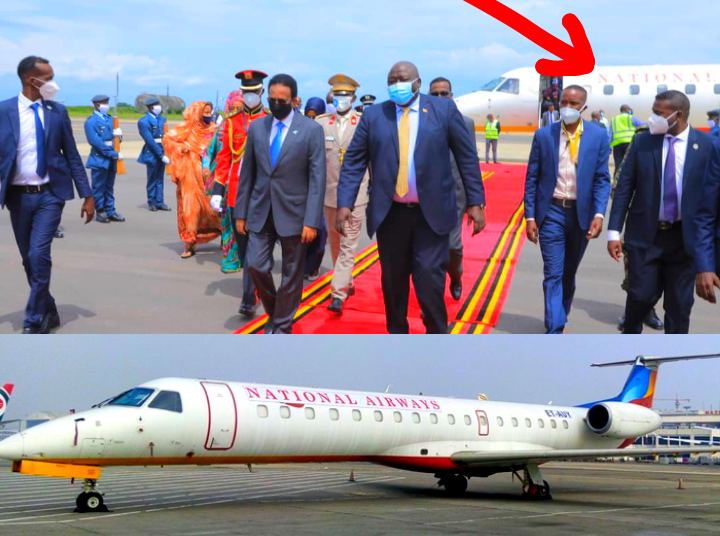 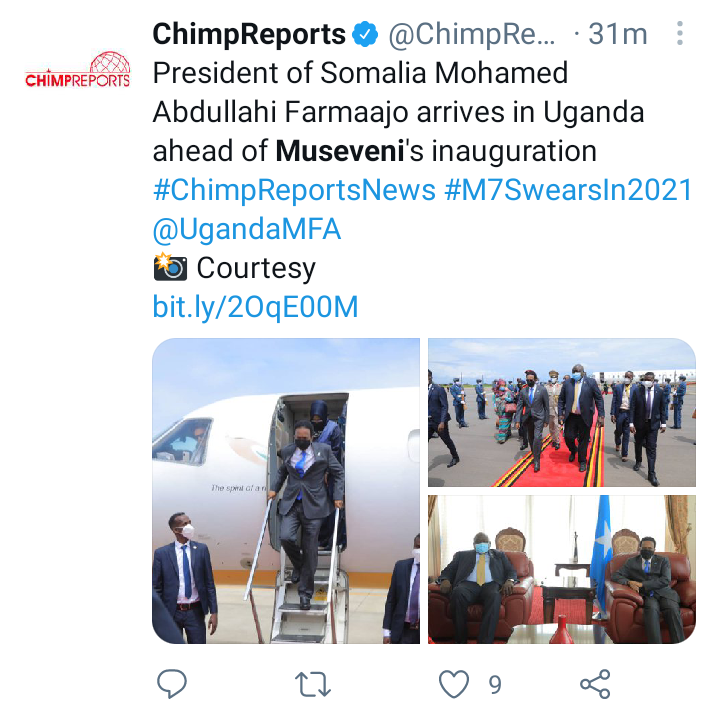 Upon checking around, we established that the 'National Airways' plane that he had used is actually an Embraer ERJ-145EU which was manufactured by the Brazilian aerospace company, Embraer and below is a better picture of it.

Additionally, we found out that 'National Airways' is a private airline that was established in 2007 in Addis Ababa, Ethiopia where it is based but with operations in other countries like Somalia. President Farmaajo just hired it for his travel to Uganda though it's not yet clear if he had travelled to Ethiopia then Uganda or used the Kenyan airspace from Mogadishu to Uganda directly.

However, it's not only President Farmaajo who used a foreign country's airline in the trip to Uganda for Museveni's swearing in.

As seen Below, President Evariste Ndiyashimiye of Burundi had used a Ugandan Airlines Bombardier CRJ 900 in his travel to Uganda. 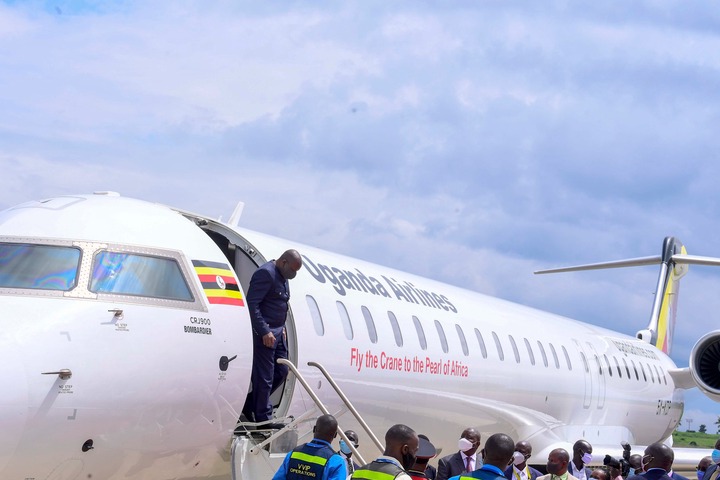 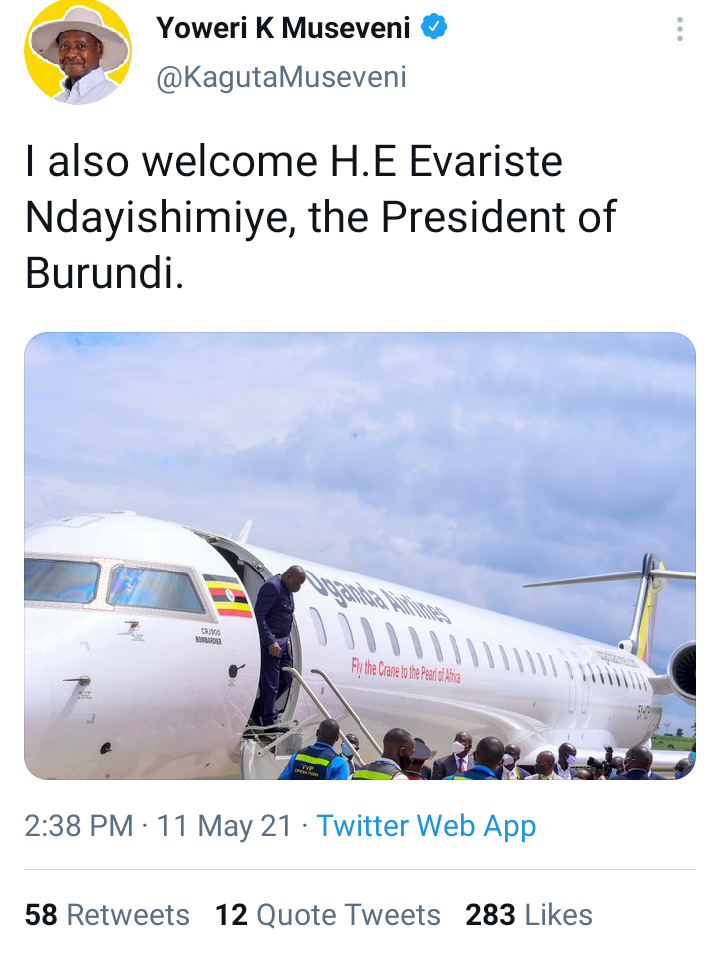 Insiders Reveal Three Leaders From Which Uhuru Will Choose His Successor