Raila Odinga, leader of the Azimio la Umoja One Kenya Coalition, revealed how his victory was allegedly stolen on Wednesday, December 7.

While not declaring all-out war on President William Ruto's administration, Raila did shed light on the circumstances surrounding his defeat. 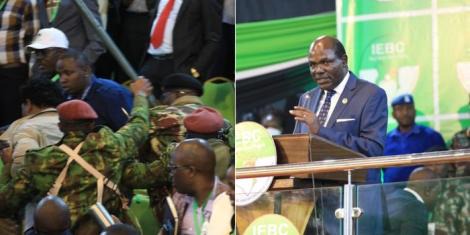 The former Prime Minister recalled being called by Independence Electoral and Boundaries Commission (IEBC) Chairman Wafula Chebukati on the night of August 15, 2022, to discuss the results that he was about to announce.

"What happened at Kenya's Boma was pure comedy, not an electoral process," Raila claimed.

According to Raila, he requested information about the discussion, including the outcome, but Chebukati refused to reveal the outcome ahead of time.

"Chebukati initially told us he was tired and went to bed. He left at 12 a.m. and returned at 9 p.m." 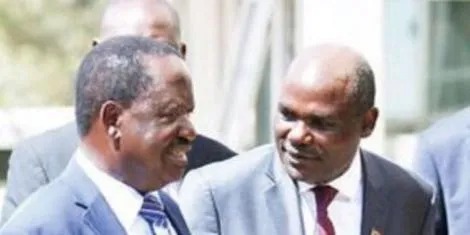 "Other commissioners were counting votes while Chebukati slept. Only for him to return later and dismiss everything that had happened, claiming that he had the true results, "Raila asserted.

Raila observed that Chebukati refused to listen to other commissioners who had been gathering data all night.

The Azimio La Umoja Leader claimed that Chebukati arrived at his home with pre-determined results that he later announced to the country.

"We asked him where he got the results, but he simply ignored us without giving us any audience," Raila lamented.

Raila told his Kamkunji supporters that Chebukati's only response was, "my assistant has counted the votes, and I believe they are accurate."

Raila then pleaded for a meeting with Chebukati before announcing the results, but his requests were ignored.

He was so taken aback by what Chebukati did that he offered to personally travel to see him.

Raila also stated that the IEBC chair ignored other commissioners' requests to include results from the remaining 27 constituencies in the final tally.

"Chebukati refused to listen to his colleagues who begged him to make sure everything was transparent," Raila said.

The ODM Party Leader told Kenyans that Chebukati refused to listen to anyone and instead announced results compiled by his personal assistant rather than the commission.

Raila had promised on Monday, December 5, to explain how his victory was stolen from him by "crooks."