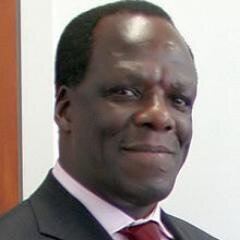 A day after former Kakamega govenor Wycliffe Oparanya made statements that he will cease supporting his party leader and Azimio leader Raila Odinga,Kakamega deputy governor Ayub Savula has commended the move.

Wycliffe Oparanya has said that he was now offering himself to lead the unity drive of his.He made the bold move while saying that he was done with Raila and would not support him in future endeavours.

Deputy governor Savula wrote through his twitter handle that he was in total support of the former governor's move.He revealed the luhya community had supported Raila in five consecutive elections in vain and it was high time they charted a different political destiny.

"I am in total support of the statement by our former Governor Hon.Oparanya that he will not support Raila Odinga in future.Our Luhya community has supported @RailaOdinga in 5 successive elections in vain.Its time for plan B and chart a different political destiny to power," Savula wrote. 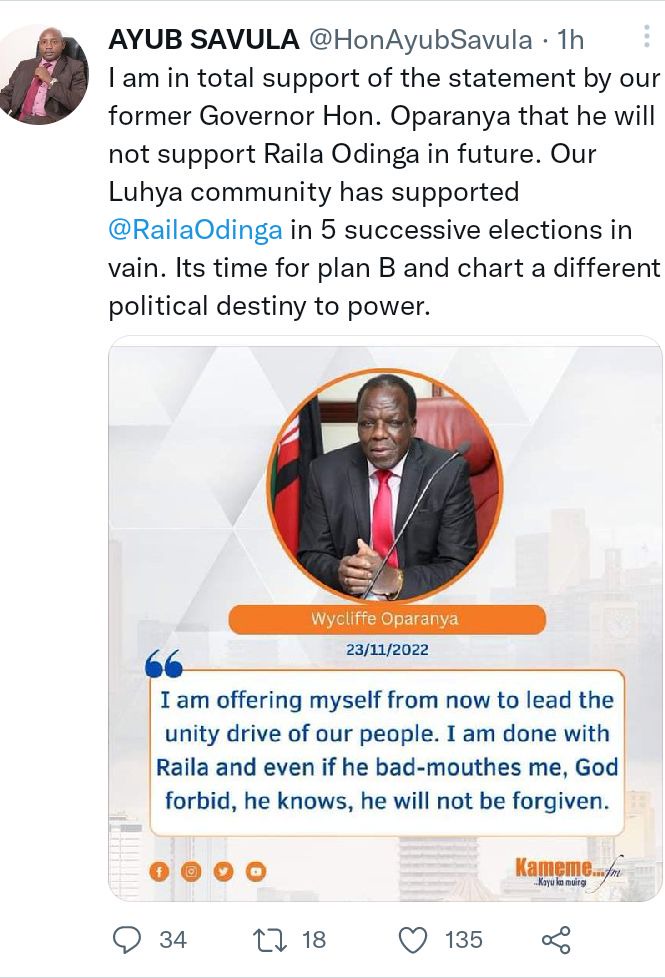