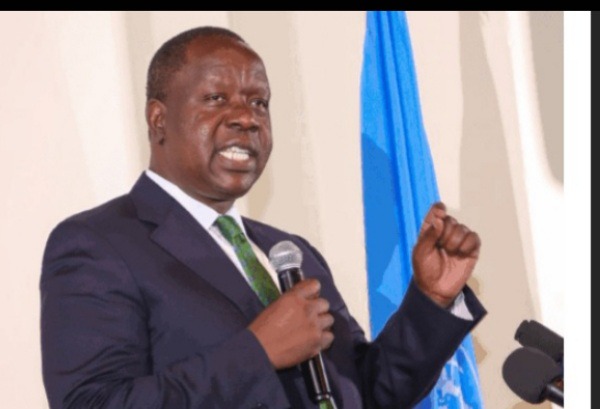 This morning, netizens were awaken by lots of surprises from the media strategist, spokesperson the United Democratic Alliance UDA media personnel Dennis Itumbi. He made a very interesting Alleges in his social media platform that, the Acting Interior Cabinet Minister Dr Fred Matiang'i intended to officially join the political arena by first introducing his new Party which he will be the flag barrier come 2022.

The following are the Alleges made by Dennis Itumbi. 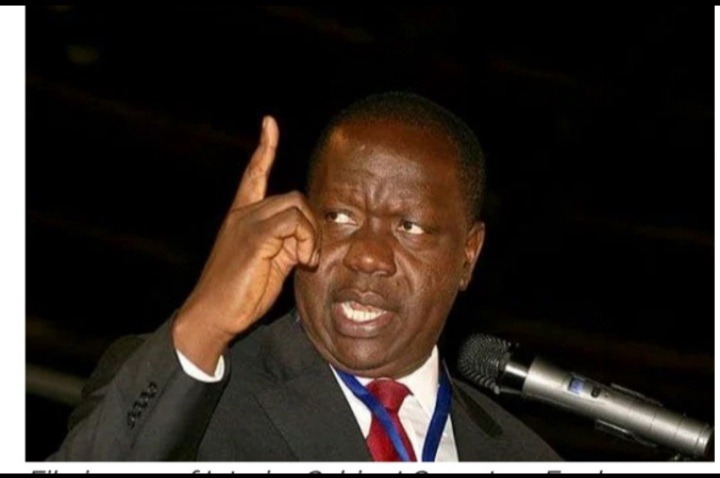 1. The Ruaraka Thief will launch his Political Party at a farm / resort in Isinya.

3. The idea by Deep State, is to curve out the Kisii vote from the larger Nyanza area. In the wider attempts to clip the wings of Raila Odinga.

4. The Ruaraka Thief intends to vie for President on a DPP ticket.

5. In efforts to look like a Hustler Party - The new owners have registered a Motorcycle - as Party symbol.

8. The farm / resort that will host the launch is reportedly owned by Machoka.

9. Some of the top Party Officials include;

10. Before it was renamed, the Party belonged to former KPA bosses Manduku.

11. Additionally, but unrelated, Gideon Moi plans to launch his Presidential Bid in 30th September 2021. Invites to select MPs will be sent out between today and Monday next week, according to a draft roll out plan seen by HNIB agents.

It is so DECLASSIFIED!. 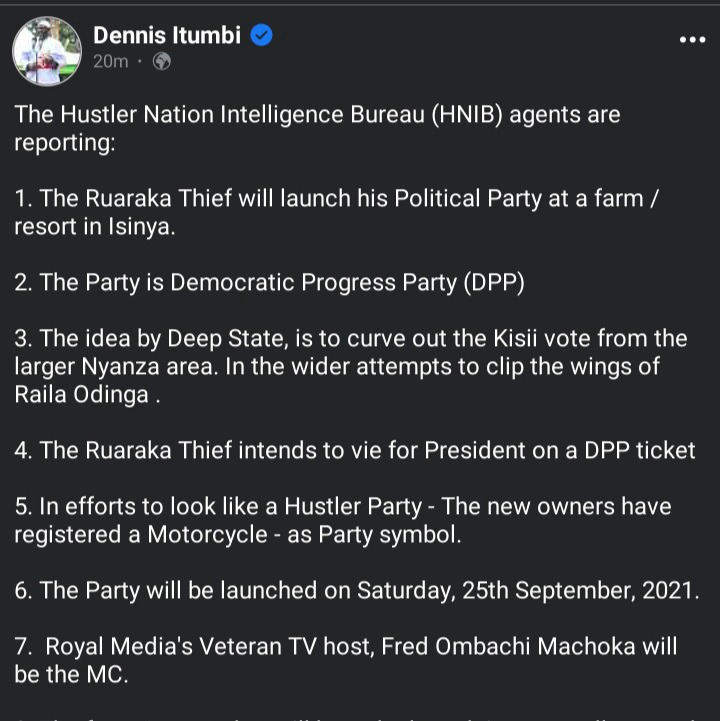 Kenyans React As Photos Of Matatus In Bangkok, Thailand Emerge

Kenyans React As Photos Of Matatus From Thailand Emerge