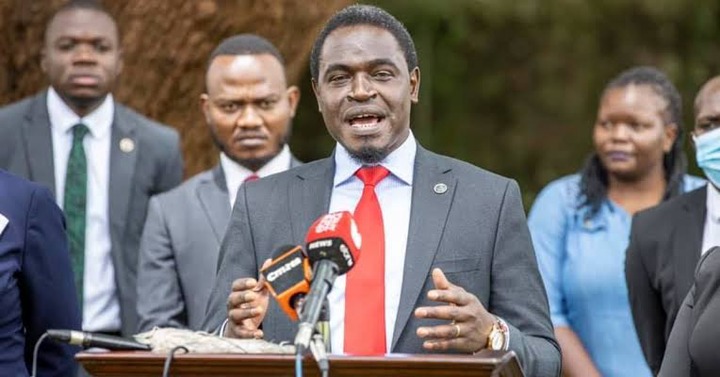 The president of the Law Society of Kenya president Nelson Havi has announced several changes in the Council that governs LSK in the country.

In the changes, he has purportedly replaced the council's Chief Executive Officer Madam Mercy Wambua despite a court order barring her from the move.

He has appointed one Josephat Mutunga Mutisya to replace Mercy Wambua and the office of the Director of compliance and ethics has seen the deputy secretary as one Juliette Akoth Jakaila.

The new director of practices and standards in the Law Society of Kenya council has been appointed to be Veronicah Achieng Odipo despite the current Director having also obtained court order barring her replacement. 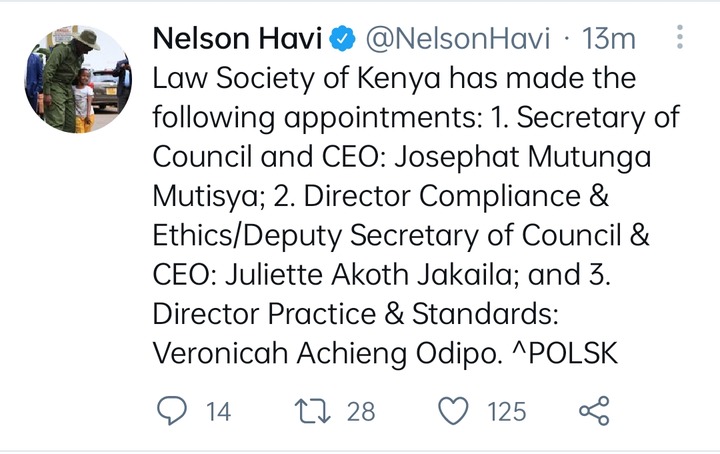 This is expected to fuel the enmity between the CEO and the president which has seen Nelson Havi taken to court over his inability to follow procedure when making decision in his style of governing LSK.

The employment and labor relations court judge Maureen Odero stopped the recruitment process that had been started by Havi, giving Wambua a reprieve until the case she filed is heard and determined.

However, Nelson Havi went ahead to suspend her. In her suspension, Ms Wambua was accused (by Havi) of gross misconduct and incompetence, which the council found unfounded.