Director of public prosecution Noordin Haji has finally responded to the critics who have been trying to remove him from the office saying that he is corrupt and the allegations of failing to prosecute the cases as they arise. Speaking to an interview in the night of Wednesday, 24th, November 2021 the Dpp said that he is set to leave the office of the Director of Public Prosecution should the president compose a tribunal to investigate him according to the petitions that have been filed against him. 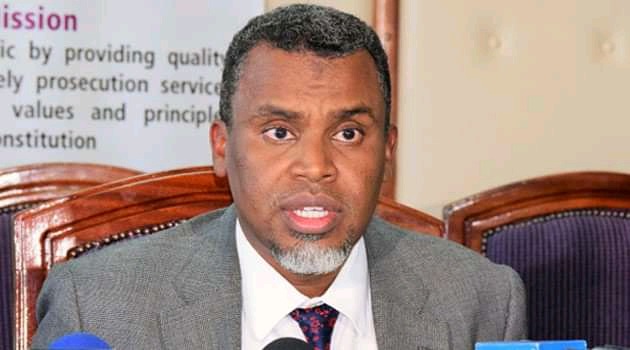 "Hii kiti si ya Mamangu" (This seat is not for my mother). The Dpp said reminding those pushing for petitions to remove him from office that his predecessors who were holding the office before had over 10 petitions filed against them but he has only four that have already been filed against him.

He said that he is unbowed by those seeking to remove him from office since he is by himself innocent and has not involved himself in any graft deals.

'I Have Been on a Journey of Self Improvement.' Miss Mandi writes an Emotional apology to Kenyans.