The long-awaited results of Kenya's presidential election last week are expected to be released soon. The result verification desks have been cleared, and the national tallying center is getting ready for the declaration. 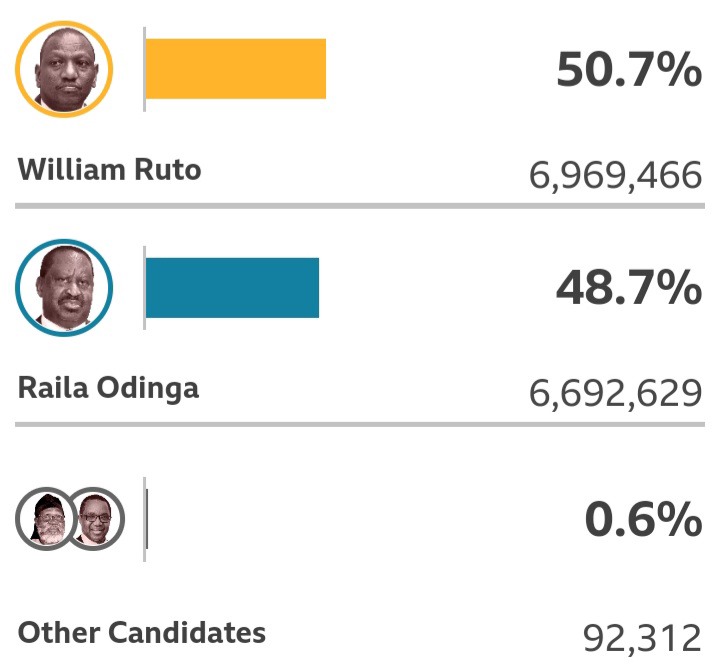 The results must be announced by the 16th of August, according to Kenyan law.

Both Mr Odinga and Mr Ruto urged Kenyans to be patient as the Independent Electoral and Boundaries Commission (IEBC) decided which of them would be the country's fifth president on Sunday.

Several leaders and organizations have also called for peace, including the Catholic Church, which urged "patience and civility" and urged the main candidates to demonstrate "restraint and statesmanship."

According to local media, Mr Ruto has 51% of the vote to Mr Odinga's 48%. 39 of the 290 constituencies' verified results have yet to be declared. 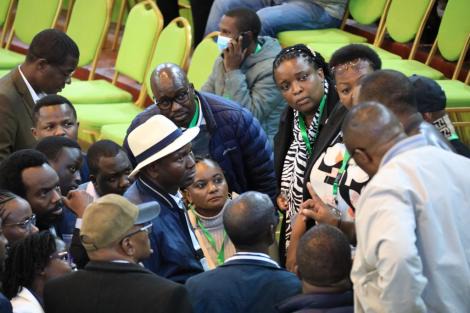 Media outlets have also been releasing preliminary results based on official data from the 46,000 polling stations. They also depict a close race. A total of 14 million votes were cast, representing a 65% turnout.

Officials from the IEBC have been busy verifying results at the Bomas cultural centre in Nairobi, which is serving as the main tallying center.

They are comparing photographs of polling station result forms to physical forms brought to the center by officials to ensure they match.

The head of the electoral body, Wafula Chebukati, has accused agents from the main parties who are witnessing the process of turning a simple exercise into a "forensic" one.

On Saturday night, supporters of Mr Odinga broke into a restricted area and confronted electoral officials, accusing them of tampering with the vote.

His campaign manager was able to gain access to the lectern used by top electoral commission officials and criticize the result verification process.

"I want to inform the nation that Bomas, Kenya, is a crime scene," Saitabao Ole Kanchory said before the microphone was turned off and he was led away. 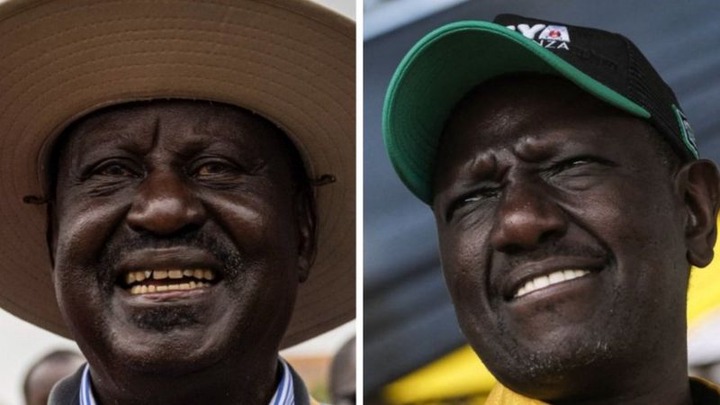 Mr. Ruto's supporters accused their opponents of interfering with the election count. Since then, security has been increased inside the venue, and access to the compound has been restricted.

If a clear leader emerges, celebrations are likely among his supporters - but only the IEBC can make it official.

To win the presidential election in the first round, a candidate must receive: more than half of all votes cast across the country, at least 25% of votes cast in at least 24 counties, Otherwise, voting will proceed to a second round, which is required by law to take place by September 8th. 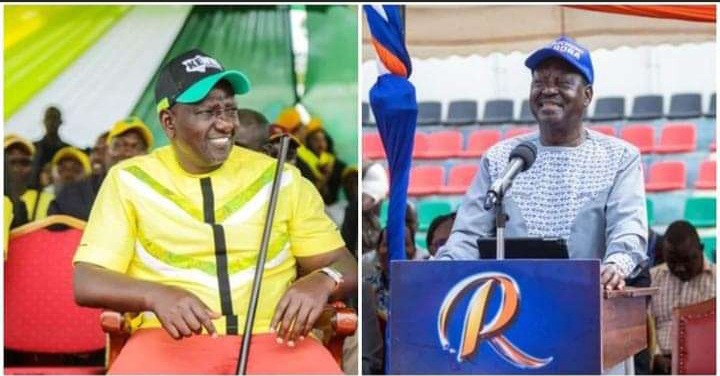 President Uhuru Kenyatta is stepping down after serving his two-term limit. He has backed his long-term rival, Mr Odinga, over his deputy, Mr Ruto.

More information the link below.

6 Signs You Are A Highly Sensitive Person

Reactions After KRA Is Set To Launch Its Own Media Station