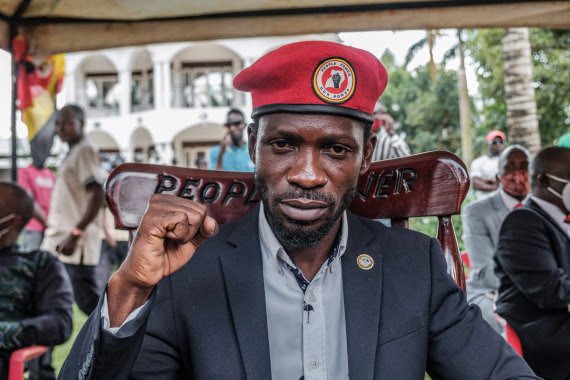 The Uganda popstar popularly known as bobi wine is on trouble again. The singer who has been in the game for many years has been the person who is giving the government of Uganda headache as he import brand new which is bullet proof. Now the top security official are now investigating on him how the vehicle passes the Uganda border to Kampala.

Many source are claiming that it all about the politics since he contested for presidency in the last election now the government is keeping eye on him. But the truth of the matter is bobi wine is a true leader and he understands challenges of the people of Uganda.

He was once accused of inciting people to protest but later released on bail, Ugandan president Hon Yoweri museveni has been in the power for over three decades but the people of Uganda need change and democracy so that their can be solved .

After election which was held early 2021 bobi wine was kept under house arrest and this lead him to face humiliation but he still stand for the people as he brand himself as gheto president. Through all these humiliation bobi wine has never gave up but still focus on his role as opposition leader but right now with the UN ING eye on Uganda at least things have calmed down for bobi wine . Now it's a big challenge for young people to come out to stand for the truth to make change in Uganda because bobi wine has open theirs eyes on what is right and just .

Content created and supplied by: Odhis001 (via Opera News )