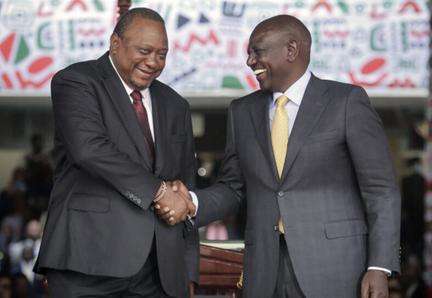 President William Ruto and his predecessor Uhuru Kenyatta will on Monday, November 28th, share podium publicly for the first time since Ruto and Rigathi Gachagua's inauguration on September 13th.

It is during his inauguration speech that President Ruto revealed that he had appointed Uhuru as the country's peace envoy to the Horn of Africa and the Great Lakes Region, and since then Uhuru has been involved in a number of such meetings.

Countable days ago, Uhuru was in South Africa alongside other leaders and they had a breakthrough on the war between the Ethiopian Government and the Tigray Region, with the Monday's meeting coming days after Uhuru toured Burundi where he had talks with President Evariste Ndayishimiye over insecurity in Eastern Congo.

According to reports, Ruto will officially open the Third Inter-Congolese Consultations during the function that will take place at Safari Park Hotel, with the Congo President Felix Tshisekedi expected to address the meeting virtually. 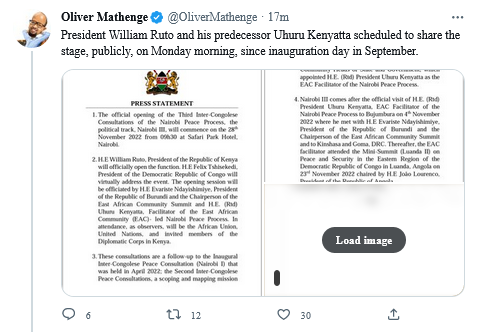 The opening session for the peace talks will be officiated by President Ndayishimiye, and Former President Uhuru Kenyatta who is the Facilitator of the East African Community (EAC) led Nairobi Peace Process.

Some of the observers who will be in attendance include the Diplomatic Corps in Kenya, United Nations and also African Union.

The meeting comes days after President Ruto flagged KDF troops to Congo where they will join others from the East African Community in bid to face off with M23 and ensure that peace prevails. 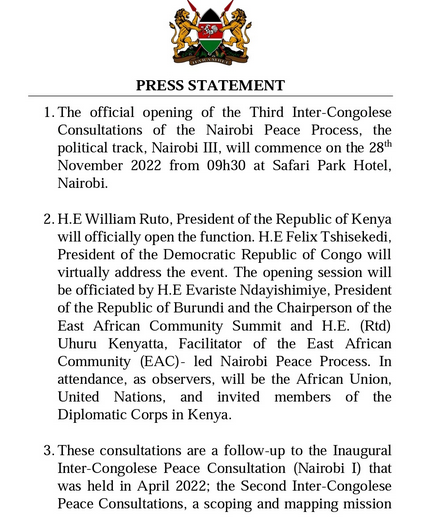 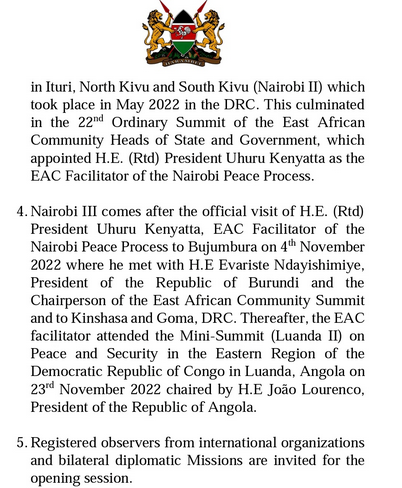