A Scale of 0-10: See How Kenyans Have Rated Raila in Terms of Performance as Opposition Leader

Luo-Nyanza kingpin and Azimio la umoja one flag bearer Hon Raila Odinga has been in the opposition side for more than 2 decades having vyed for presidency 5 times in a row to no success. 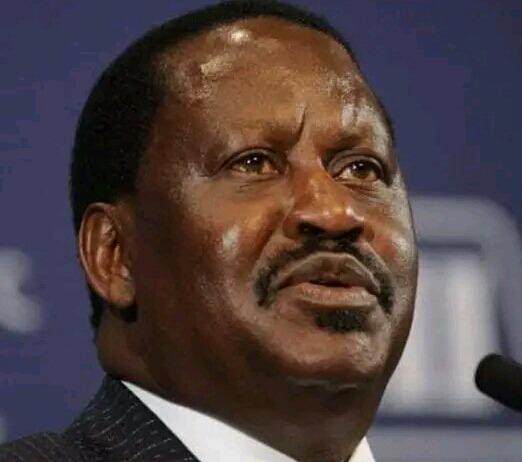 After the 2022 August 9 polls, the flamboyant leader maintained that the election results were doctored in favour of his nemesis, president William Ruto. This has also seen him on numerous ocassions engage president Ruto and his government in bitter exchange of words.

well, Kenyans have recently rated him in a scale of 0-10 in terms of Performance as Opposition leader.

Kenyans who came across the poll have staged a parade of divided ratings as some supported his opposition role while others criticized him. 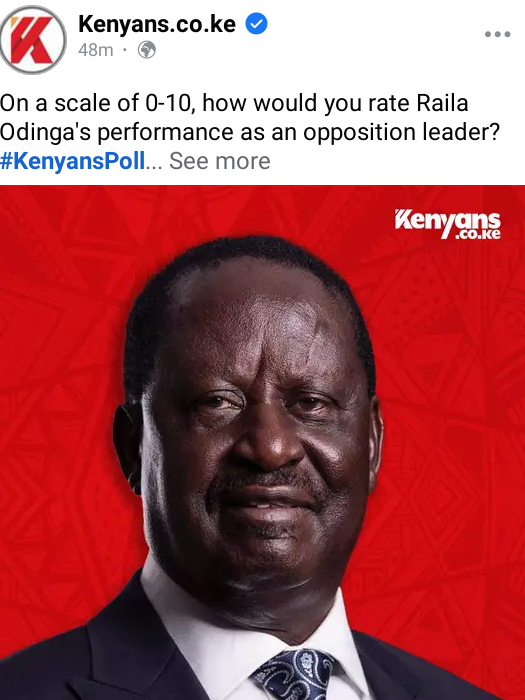 A segment of Kenyans gave the former prime minister a scale of 1, while claiming that he messed up his role after joining former Uhuru's regime via a caprice handshake.

Others however based their ratings on his denials of failing to concede defeat on numerous reactions. See some below;

Hillen: 1 out of ten. He left his role as opposition leader and joined Uhuru's government as co president through handshake.

Benson: 0-3, he failed when he shake hands with Uhuru Kenyatta , sai angekua president. 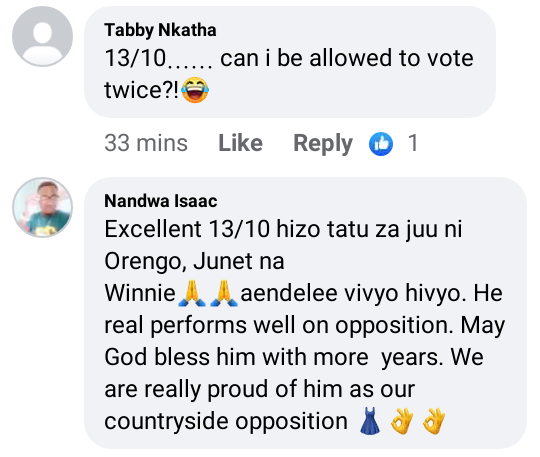 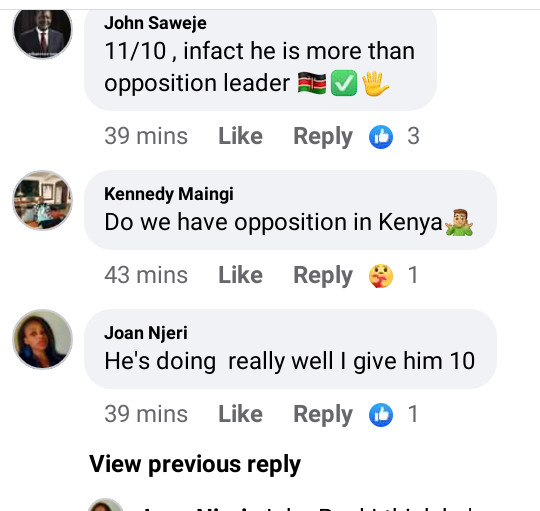 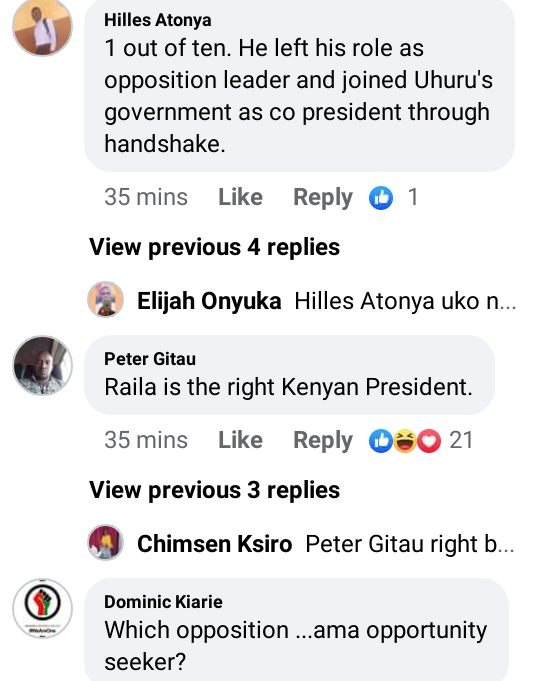