By Magazrao (self media writer) | 4 months ago

The late president of Uganda was well known for his weird behaviours and his dictatorship.He was one of the powerful president in Africa since he always use his mind in his government.

In Nyeri County,an old building is still seen that the elders and grandmother's who are still alive says that was used by Amin Dada before he became the president of Uganda. 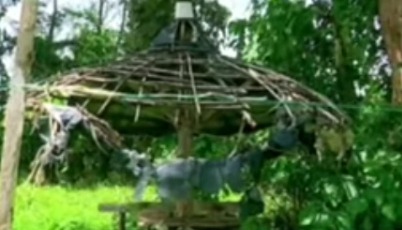 The building is so old and some of the elders proposed to be used as a museum to help in raising revenue for the government of Kenya.One of the grandmother said that when they were still young they would run as fast as possible since Amin Dada could harm them.

Amin was always guarded by four hundred soldiers that could be sent to fetch young ladies and bring them to where Amin Dada was.Amin Dada was not afraid of any European powers since he was well trained.

The nearby police commissioners said that the Old building that was in Nyeri had been reported and the government will change it into a historic site as per the feedback they were given.

'Azimio Azimio...' Residents Of a Mt Kenya Region Chant As They Heckle Ruto During a Campaigning Rally

Rejection in relationships is a process of becoming a legend.

Ruto received by a huge charged crowd in Machakos County

How Ruto Was Received Like A King In Machakos County Today