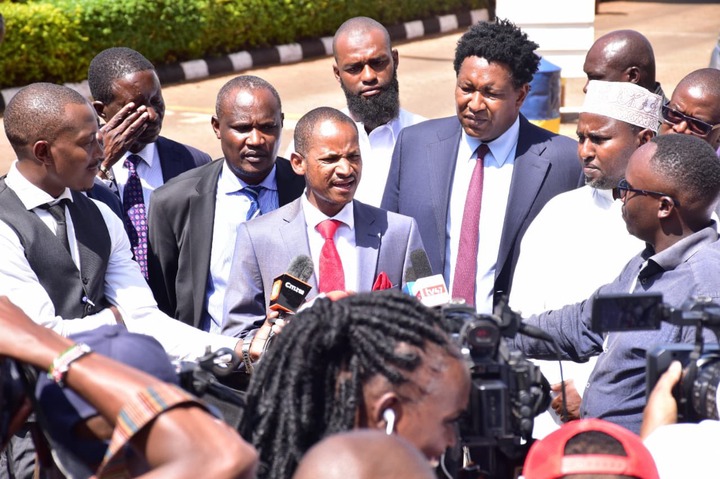 In his late evening claims through a video clip shared online, Babu Owino has claimed that the NSSF body is denying the people of Embakasi East the title deeds to the ownership of certain certain pieces of land.

He has even gone ahead to expose some of the names of those top officials working in that office in his constituency as tells the public how they are unfit to hold those top offices they are in charge of.

Besides the issue of title deeds, Babu Owino has also revealed some of the very little unknown serious allegations against the NSSF officials in Embakasi East.

He has called them out for being involved in various corruption scandals and in major illegal deals worth billions of money.

This is not the first time the young legislature has come out boldly to defend and protect his people from the major problems which have affecting them.

Just a week ago, he defended his people especially those people who operate various businesses in Embakasi from harassment by some Kenya Revenue Authority [KRA] employees and those from Nairobi Metropolitan Service [NMS].

Besides this, he has also been known for fighting for University students whenever any serious issue concerning the delays in disbursement arises.

'' Sonko Must be On The Ballot'' Kalonzo Drops Another Shocker to Azimio, IEBC