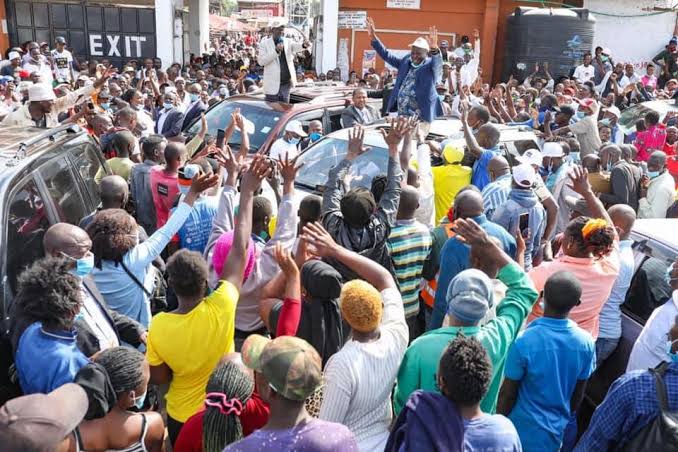 ODM Party Leader Hon Raila Odinga was today forced to cut short his speech after Isiolo county residents demanded that his Close ally Mohamed Kuti who is the Current Governor must pack and leave.

According to the reports reaching various media houses now, it's reported that The residents forced the ODM leader to momentarily cut short his speech as they demanded to listen to Doyo who was also present at the event.

The vividly energetic and optimistic residents were not happy with their current governor Mohammed Kuti, as was evident at the event where leaders from across the nation were present. 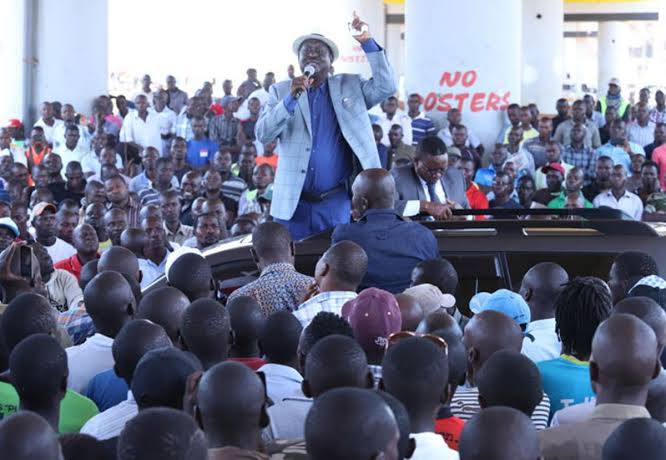 At the same time, the media station has reported that she. Things turned sour, Raila's bodyguards formed V-shaped protection or barrier while GSU and other armed men made sure that nobody could attempt to throw objects even as Mohamed Kuti was verbally attacked.

All the same, Raila has today promised Kenyans to create millions of jobs, reduce tax payment burden as well as recovering everything which has been looted by corrupt and greedy leaders. 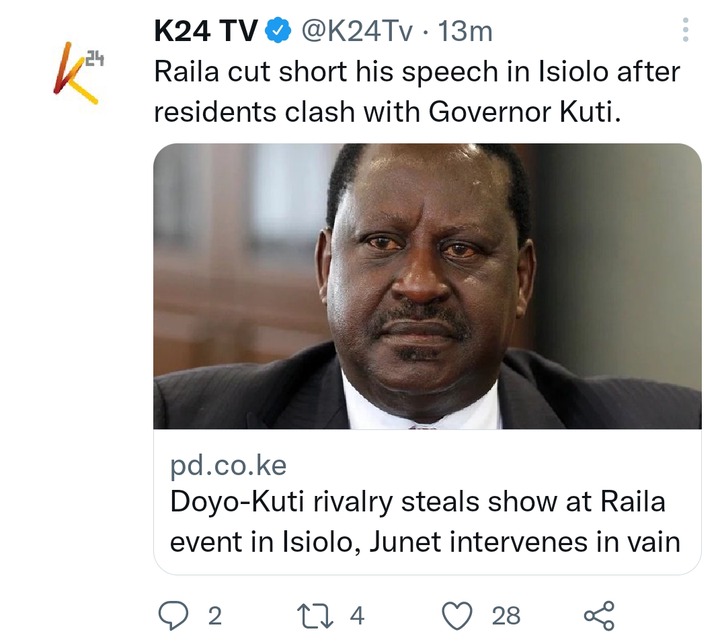