Why It's So Hard For Kalonzo To Ditch Azimio, Lawyer Steve Ogolla Speaks On TV.

After talks with the Azimio leadership failed, lawyer Steve Ogolla broke the bad news to Wiper party leader Kalonzo Musyoka just hours after his close ally, MP Dan Maanzo, announced that he would run for president on August 9th.

Maanzo stated that the party would go to court on Monday, May 16, in order to be granted permission to leave Azimio, and that they would then submit the name of Kalonzo's running partner to the IEBC by the end of the day. 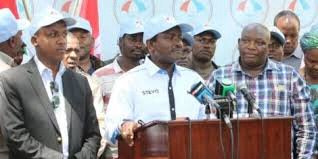 However, in an interview with Citizen TV, Ogolla, who is also a political analyst, claimed that Kalonzo is surrounded on all sides and that his only hope is to seek an audience with President Uhuru Kenyatta to discuss his problems.

According to Ogolla, it will be difficult for the High Court to rule on Wiper's request on the same day they file it, making it impossible for Wiper to leave the Azimio team due to the agreement signed, which states that any party interested in leaving the camp must do so six months before election day and three months afterward.

According to Ogolla, the IEBC will not allow Kalonzo to compete for Wiper because the party is bound by the legislation in Azimio and he can only run as an independent candidate due to the time constraints (May 16).

"It's improbable that they'll go to court first thing in the morning and the judge will make a decision without hearing from the opposing side." He may not be allowed to run for president under Wiper because he signed the coalition agreement illegally. " 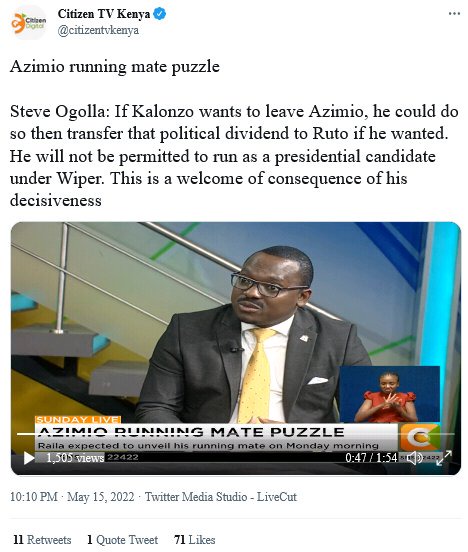 "I believe Kalonzo is doomed, and rather than provoking Raila, he should address his grievances to President Uhuru Kenyatta."

2022/2023: How To Change The University and The Course You Have Been Selected