Kisumu Massacre: The Day More Than 100 People Were Killed By Police 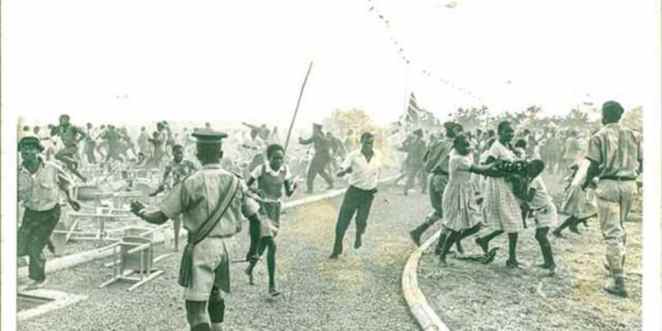 October 25, 1969 is described by many as a turning point for the political landscape of Kenya when Founding President Jomo Kenyatta and then opposition leader Jaramogi Oginga Odinga became absolute political enemies to the death.

It was three months after the assassination of Tom Mboya, the most accomplished Kenyan politician of the time, who was apparently a "threat" to the leadership of President Kenyatta.

Mboya, who came from the island of Rusinga, had gained a lot of followers across the country and a cult similar to that of his community, the Luos.

The brutal murder of young Mboya, although no official confirmation, was associated with the Kenyatta regime, which was concerned about its growing popularity in the country.

As a result, the Luo community led by Jaramogi became anti-government, with the feeling that Kenyatta had abandoned Mboya in his hour of need, or was involved in his murder.

On October 25, 1969, President Kenyatta decided to attend a rally in Kisumu to inaugurate the new Nyanza Provincial General Hospital, which was also attended by Jaramogi.

The two were engaged in a war of words, and the mob turned hostile to President Kenyatta linking him to Mboya's assassination.

Furious, Kenyatta could not understand him and, to mark his authority, he accused Jaramogi of fueling the riots through his party, the Kenya People's Union (KPU). Jaramogi formed the KPU in 1966 after resigning from the government after disagreeing with Kenyatta.

Historian Derek Peterson said: “Kenyatta threatened to 'crush' the restless crowd and told Oginga Odinga that 'you are hungry because you don't want to work'. People expect free things. I, Kenyatta, am self-sufficient.

As a result, a riot broke out and President Kenyatta's guards fired at the crowd, killing 11 people and injuring several more, according to the official count. However, other reports say more than 100 people were killed at the rally.

Some of the victims were shot in Ahero and Awasi, up to 50 km from the site of the riots.

Here is an excerpt from the riots of the day courtesy of The Associated Press, posted on Twitter by Derek Peterson. 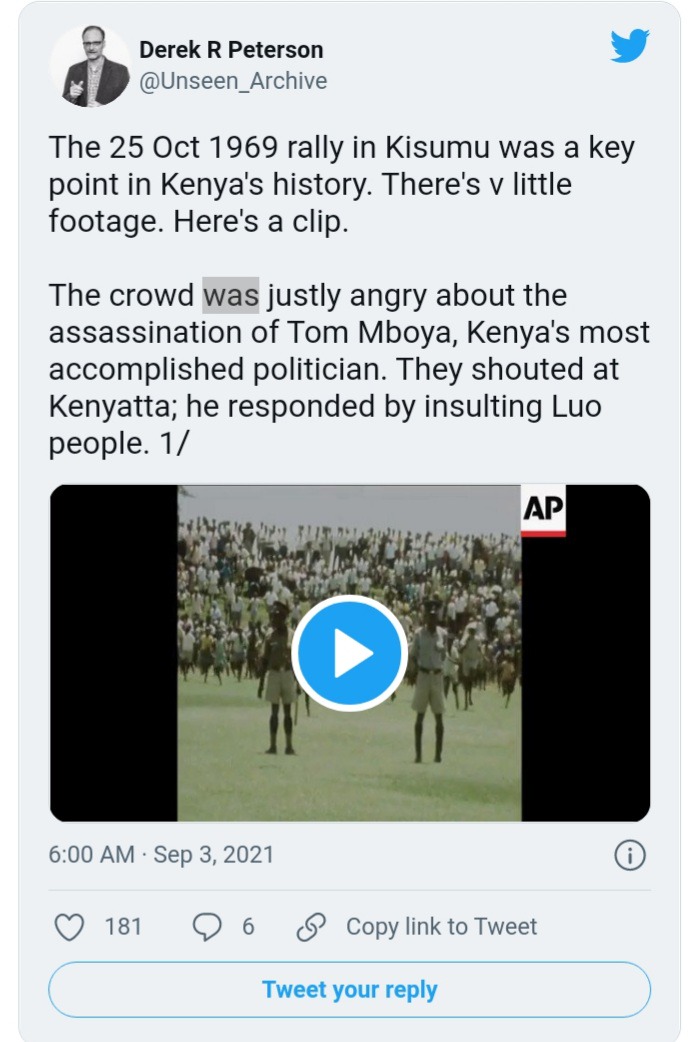 Two days after the massacre, all KPU deputies and a number of prominent party supporters were arrested. The KPU was banned, turning Kenya into a one-party state until 1991, when Article 2A of the Constitution was repealed, thereby making Kenya a multi-party state.

The rivalry between the two was never resolved until their death, which played out in the Kenyan political scene for years, as described by the sons of the two, President Uhuru Kenyatta and Raila Odinga.

In 2018, the two sons sought to bury the hatchet and engaged in a handshake in an effort to unite the country and resolve historic injustices.