South Sudan Army Boss Sacked While in a Peacekeeping Mission

By TheKamams (self meida writer) | 27 days 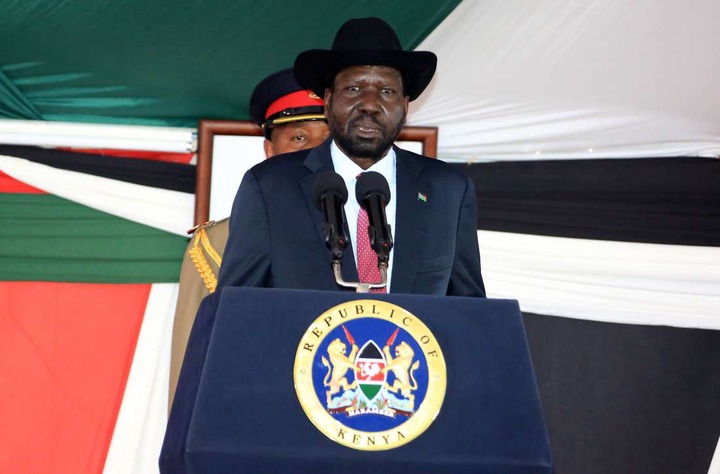 According to source, the president did not give any reason behind his sacking but sources from the office of the president said that it was just a normal reshuffling done by the president now and then in order to strengthen his troops. 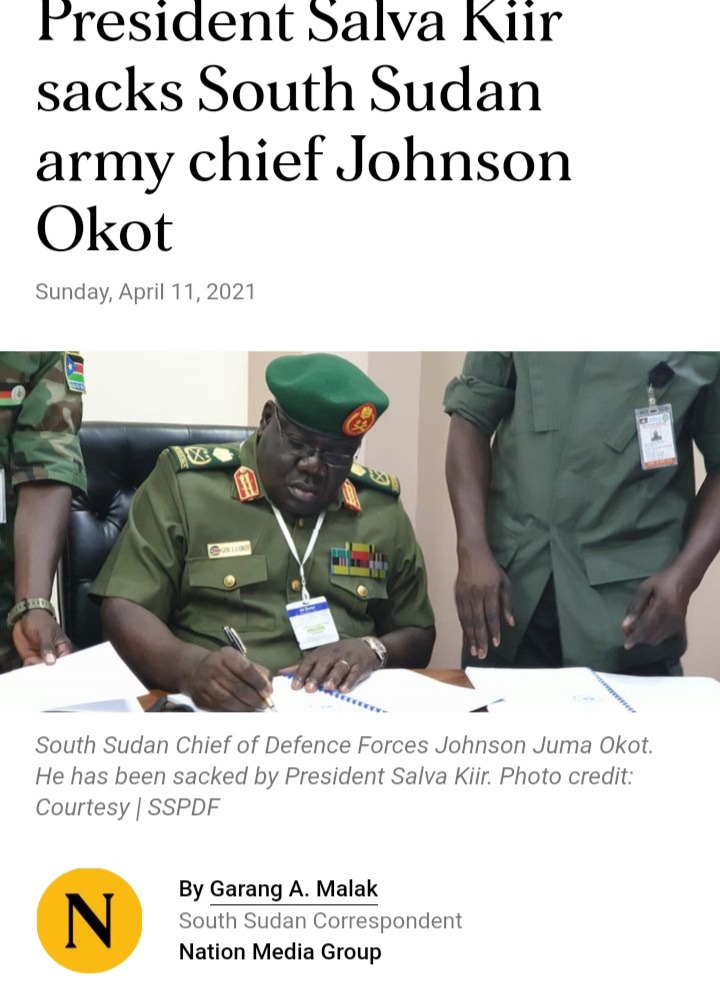 Okot dismissal happened while he was in a peacekeeping mission where he was leading the South Sudan People’s Defence Forces (SSPDF) to address recent insecurity challenges that have caused a traffic pile up of trucks at the Nimule border with Uganda.

Complains from truck drivers from Kenya and Uganda have on my occassions complained of insecuritities along the roads.

This is after slme of their fellow drivers were ambushed, robbed, maimed and killed over the last one month. 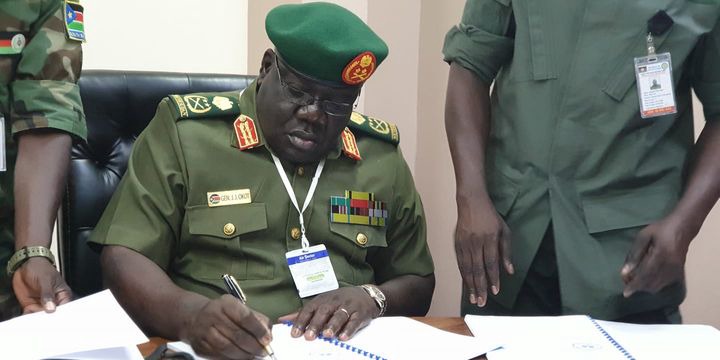 The sacking of Okot which was announced by state-owned broadcaster, South Sudan Broadcasting Corporation (SSBC) is expected to takes effect immediately.

The incoming boss Wol who was first promoted to the rank of general has previously worked with the military where he served as the Assistant Chief of Defense for administration and finance.

President Kiir as also made further changes where he has dizmissed some of his government officials. Mr. Nhial Deng Nhial was dismissed from the position of Presidenti Affairs and replaced by Dr. Barnaba Marial.

As he dismissed, the president also appointed new government officials such as Former Arny Chief Johnson Juma who will act as the ambassador to Belgium.

Deputy minister of defence Gen. Malek Reuben Riak was moved and assigned to the position of an ambassador to Eritrea while Gen. Chol Thon Balok took his position as Deputy Minister of Defense and Veterans Affairs. 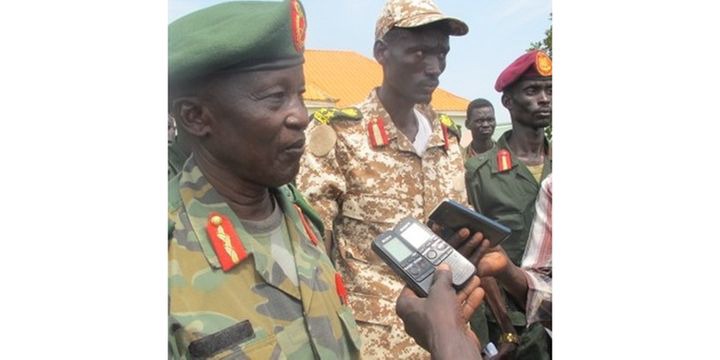 Maj. General Simon Yien Makuac takes the position of the Director-General of the General Intelligence Bureau, National Security Service replacing Gen. Thomas Duoth who has been assigned as the ambassador to Kuwait.

President Kiir recent changes on its military chiefs has been seen as a move brought about by lack of trust, political disagreement or forced by realignments in his government.

9 Warning Signs of a Heart Attack and First Aid Measures

Are We Expecting India's Covid-19 Situation As The New Variant Was Found In Kenya? (OPINION)