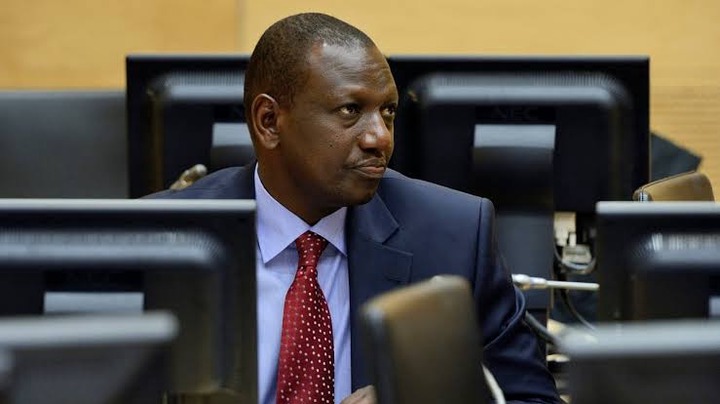 Deputy President William Ruto is a man been hunted after being named part of a Kidnap saga as details emerge of a secret phone call made before the abduction.

In a report via the Nation, in part of the Prosecution lying with the International Criminal Court over the involvement of Deputy President William Ruto in the 2007, 2008 post-election violence.

It has been established that witness P-0397 is nowhere to be found to testify on DP Ruto and Sang's case after being abducted with his fate remaining unknown to date.

The prosecution has explained that person P-0397 was tasked to help DP Ruto and Sang identify the prosecution witnesses summoned by the International Criminal Court[ICC] for bribery and sealing of evidence, but declined by requesting that he should be paid Ksh 10M.

However, upon negotiations, he agreed to take Ksh 5M which he was first paid Ksh 600,000 by Gicheru through funds from DP Ruto. But after he demanded the rest of Ksh 4.4 Million, "the prosecution says that he was “threatened” by Mr. Gicheru via a phone call."

According to the prosecution, "Mr. Gicheru accused P-0397 of still being in touch with the ICC. He became aggressive; indicating that he believed P-0397 was trying to have Ruto arrested by the ICC."

In a leaked message of the threat P-0397 received, Gicheru is alleged to have told him“Can the white people really save someone, or?” as captured in a recording which is in the custody of the ICC.

Only later did the unfortunate happen, the prosecution has informed that later witness P-0397 was kidnapped.