By DeRick_Tv (self media writer) | 4 months ago

The race to succeed president Uhuru Kenyatta continues to boil up the political temperature in the country.Various leaders have shown interest in assuming the top seat, however it is seen as a two hoarse race between the deputy president William Ruto and the Orange democratic Movement party leader Raila Amollo Odinga.The two have declared that they will be in ballot and have been in Campaign mood, trying to rally up their supporters to vote for them come the august general elections.

The election is expected to be a stiff one that might lead to rerun.However according to the opinion poll conducted by the star Kenya in their twitter account, reveals that if elections were to be held then Raila will defeat Ruto with 55%.Ruto will be coming second at 39% as Mudavadi and Kalonzo follows at 4% and 2% respectively. 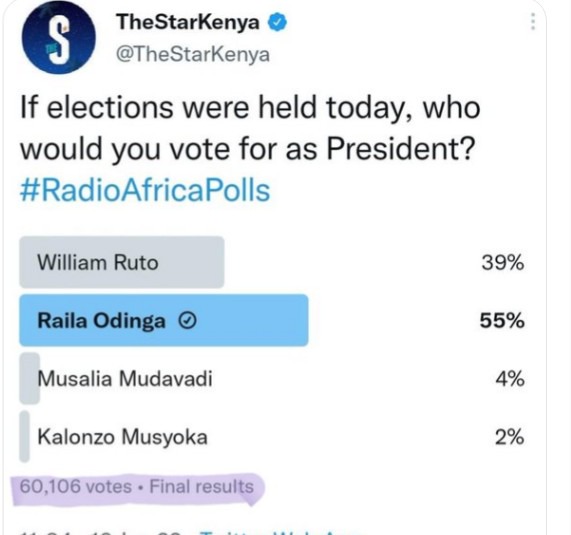 The opinion poll saw the COTU chairman Francis Atwoli reacting that the star should correct their previously misleading story that used falsified data collected from only 3000 respondents.He further said that their data collection of over 60000 respondents is a more representative survey and a true reflection of what is in the ground.As Atwoli concludes his tweet he said that by august Raila will be leading by more than 58%. 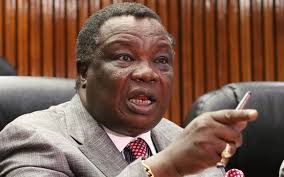 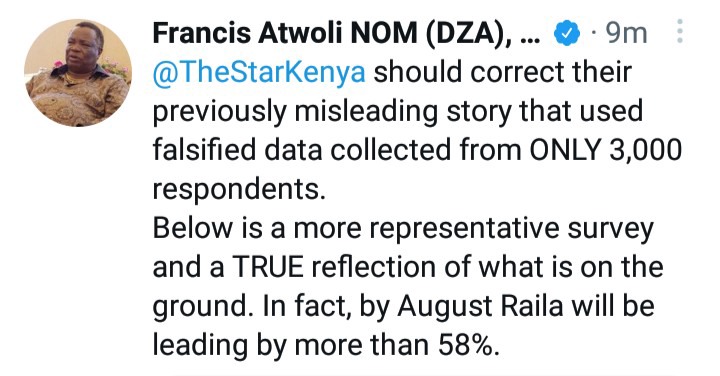