By Kiprotich-Bryan (self media writer) | 6 months ago 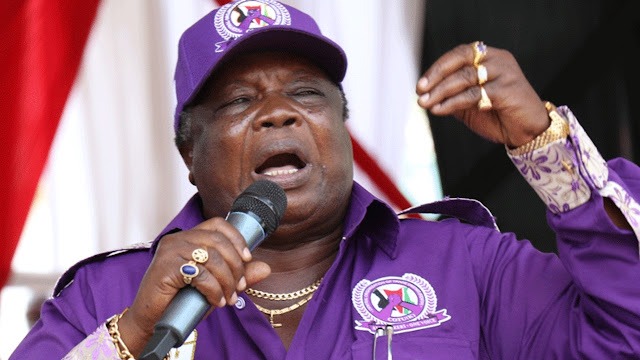 This was after Roselinda was unveiled yesterday by the second in command as a member of his United Democratic Alliance (UDA) Party during a rally in Bungoma.

Reacting on Twitter, Atwoli claimed that his estranged wife has always been a close ally of Deputy President William Ruto. He noted that Roselinda allied with the DP in 2007.

Atwoli said that he did not consider Roselinda as his wife although they had sired children.

He went on to castigate Amani National Congress (ANC) Party leader Musalia Mudavadi and his Ford Kenya counterpart Moses Wetangula, as part of the people who betrayed him after joining DP Ruto's Hustler Nation.

“Roselinda was surrendered to William Ruto in 2007 in his Eldoret townhouse. She is no longer on the list of my relatives. Ruto can now add her, free of charge, to his two recently acquired bearded wives (Mudavadi and Wetangula) to have three wives from Western. Western Kenya is in Azimio,” the COTU boss stated.