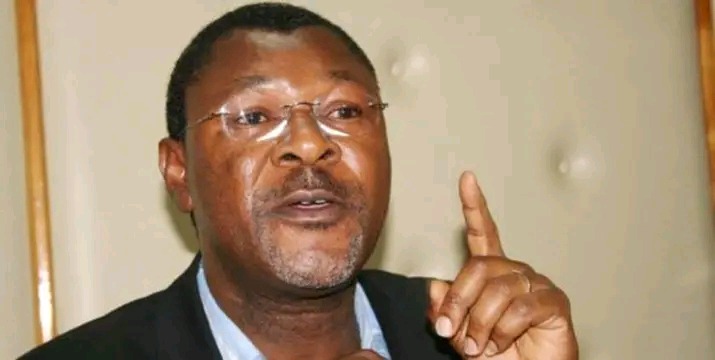 Senator Moses Wetang'ula of Bungoma has seek for the services of Lawyer Ahmednasir Abdullahi to defend him against claims made by members of the Orange Democratic Movement party that he is affiliated with a Greek ballot printing company.

This comes after MP Junet Mohamed of Suna East stated he was involved in a plan with the Independent Electoral and Boundaries Commission to rig the general election on August 9.

The senator stated in a tweet that he had directed Ahmednasir to pursue legal action against Junet for his comments.

"I have asked SC Ahmednasir aka "The Mullah" to take legal action against ODM desperadoes in order to stop their reckless idiocy against Weta and KK. Watajua hawajui!!" Wetang'ula said.

Junet, who is also the secretary general of Azimio, claimed that IEBC chairman Wafula Chebukati and senator Moses Wetang'ula convened a meeting in Karen to discuss the ballot paper tender.

Junet asserted that an agreement was reached during the meeting for the Greek ballot printer Inform Lykos (Hellas) to be awarded the bid to supply 200 million ballot papers.

He claimed that representatives of the Greek company visited Kenya posing as prospective investors in Bungoma County. 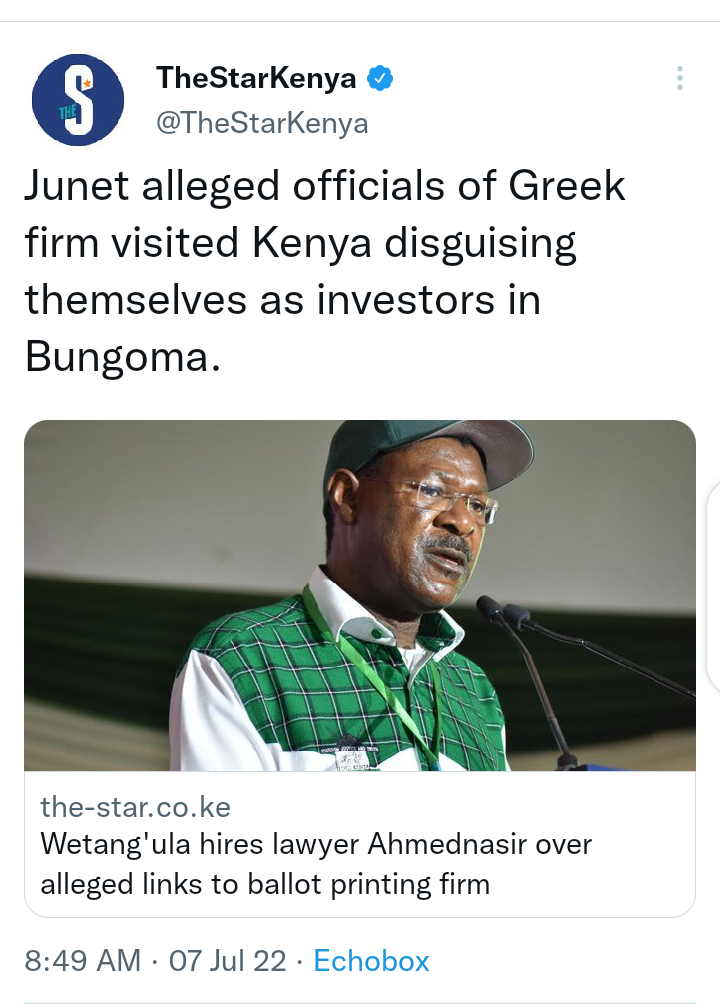 "When the IEBC advertised ballot paper tender, you sent a man named Makokha Abdalla to Greece and encouraged the Greeks to Kenya under the guise of investors interested in Bungoma. They have come to negotiate with you "he replied.

On Wednesday, Wetang'ula denied any knowledge of Abdalla and slammed Junet's assertions as false.