By McCainSnow (self meida writer) | 3 days 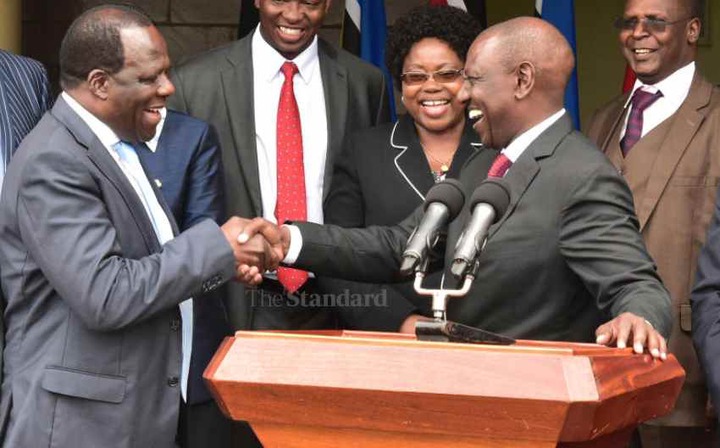 The much awaited 2022 general elections are just round the corner with only less than a year to go. Of the seats, the most competed seat is that of the presidency. The most likely contestants for this seat include the current second in Command Deputy president William Ruto, the former Prime Minister and ODM Leader Raila Odinga, Kalonzo Musyoka, Gideon Moi and others.

Currently despite, no official announcement to start campaigns, politicians are actually campaigning and luring their people by going to the grass roots to attract votes. Though Raila Odinga has not made any official announcement on his presidential run, he has been going around the country campaign for the Building Bridges Initiative. William Ruto on the other hand have been campaigning in the grass roots selling his agendas that he hopes to achieve if he becomes the next president of the Republic of Kenya. He is likely to run with the the newly formed United Democratic Alliance party flag due to the current break up in the Jubilee Party.

Here are some to of the reasons why the DP is likely to win.

1. He has started off early campaigns ahead of his opponents and have actually managed to attract alot of voters with his agendas for the country.

2. His hustlers narrative seems to be working out well for him. He has managed to attract the attention of the youth who have vowed to stand with him come next year if he promises to achieve his agendas for the youths.

3. He has distanced himself from failures of the Jubilee government which he said we due to the handshake. He also said that if the government failures it's only the head who can be blamed and he is not the driver.

4. He has managed to attract alot of leaders and voters from the president's own back yard. With the backing of the Mt. Kenya region, he will surely become the next president.

5. With the last poll, it showed that the DP was the favorite of the candidates and he is leading the race.

What do you think about the DP becoming the next president? Please feel free to leave your thoughts and opinions in the comments section below. Don't forget to like, share and follow.

Woman Allegedly Sets House On Fire With Man Inside And Watches Leisurely, Where Did Humanity Go?

When President Uhuru And Dp William Ruto Was Last Seen Together

After ReadingThis, You Will Never Throw The Following Materials Away

Affiliate Marketing Strategies I Use to Drive Traffic and Make Sales

Men are no longer persuasive, once they ask you out and you say no, it's case closed - Lady laments