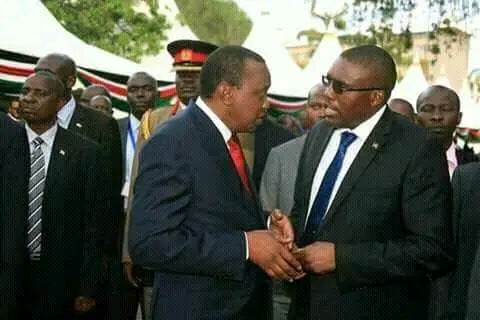 President Uhuru and Kabando Wa Kabando in a past event.

President Uhuru Kenyatta however avoided mentioning the name of the president elect William Ruto but instead congratulated all elected leaders.

Kabando Wa Kabando gave the example of Raila Odinga in 2013 where the then prime minister Raila Odinga congratulated the then president elect Uhuru Kenyatta after supreme court upheld his win.

The former Mukurweini legislator revealed that they advised the head of state to keep off from his succession politics in vain.

" Rais Uhuru, Sir: Raila congratulated you upon 2013 supreme court of Kenya verdict. Raila joined you 2018. Undeniably UhuRuto made you president 2013. You rejected our advise to keep off 2022" tweeted Kabando Wa Kabando. 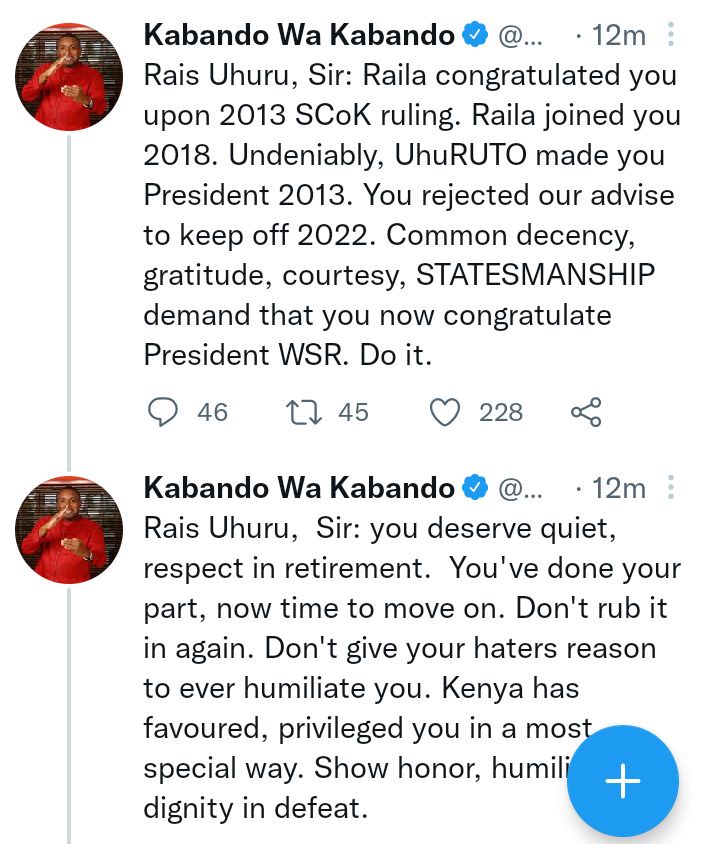