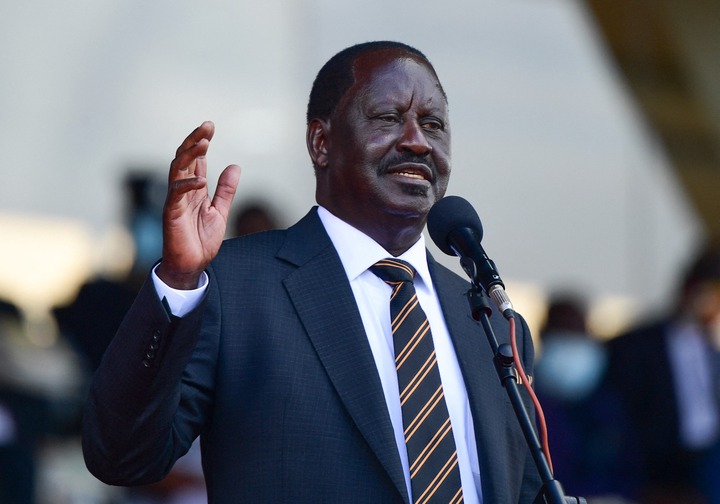 A day after his challenger vice president William Ruto was proclaimed the winner of the election, Raila Odinga; the head of the Azimio la Umoja One Kenya Coalition, will address the nation at 2 p.m. today.

The speech will be held in the media center that the Azimio coalition has established at the Kenyatta International Convention Centre (KICC); where the address will take place. 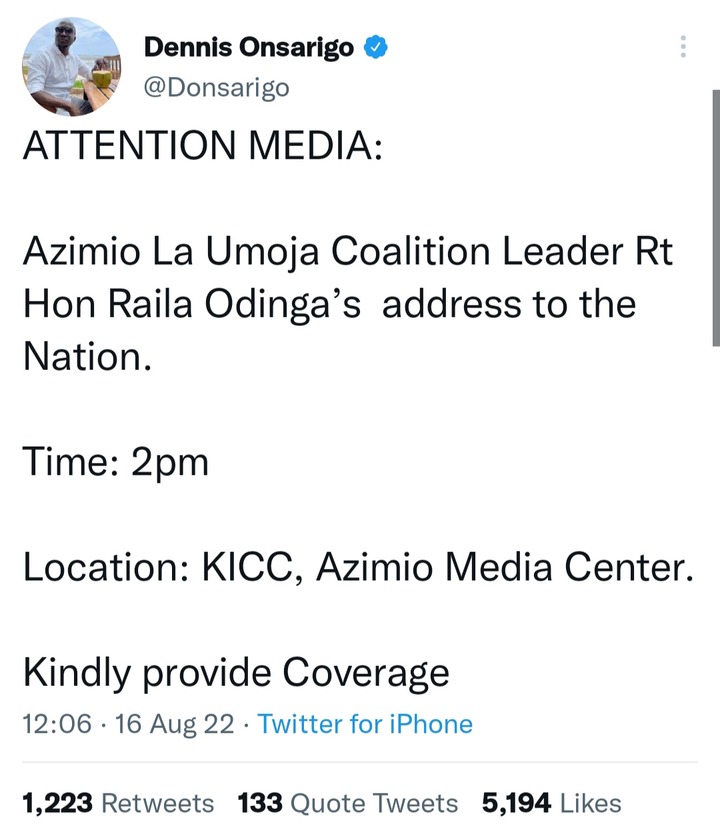 Following the general election on Tuesday; August 9, the KICC saw increased activity for three days as coalition-affiliated officials made last-minute preparations for the announcement of the presidential results.

The Tsavo ballroom; which is anticipated to serve as the coalition's media center and VIP holding area, had a red carpet laid out at its entrance by Thursday afternoon.

An elaborate arrangement of opulent chairs and tables had also been built inside the VIP waiting area. At the center should be elected officials, party officials, and other dignitaries who support the coalition.

Azimio officials stated that they anticipated leaders to start showing up at the location at any moment on Thursday afternoon.

Additionally, security in the vicinity had been stepped up and only authorized party representatives, journalists with press credentials and holders of access cards provided by the Azimio team were permitted entry into the Tsavo Ballroom.

Additionally, the coalition had been holding strategy sessions at the KICC last week with the participation of technocrats, bureaucrats and communication experts in order to get ready for the announcement of the presidential results.