Azimio la Umoja Presidential candidate Raila Odinga nominated Wiper Party leader Kalonzo Musyoka as the Chief Cabinet Secretary in his government. However, Mr. Musyoka opted to bolt out of the coalition to vie for the presidency under his Wiper Party. Kitui governor Charity Ngilu who has not been on good terms with Kalonzo, claimed his allies had misadvised him. 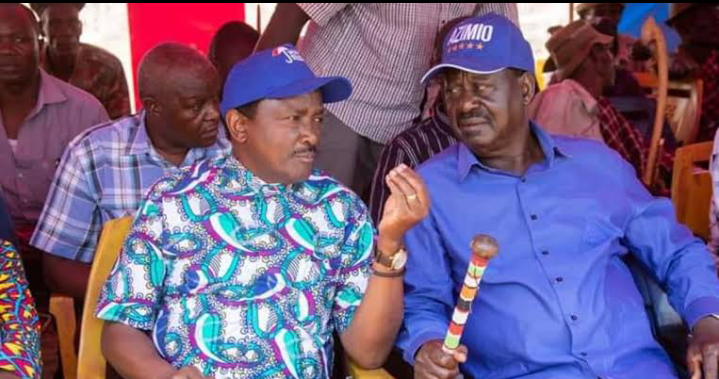 However, she further added that the position of Chief Cabinet Secretary was given to the Kamba nation and should Kalonzo. In addition to that, in case Kalonzo fails to fill that position, another leader from Ukambani will be chosen to replace him. 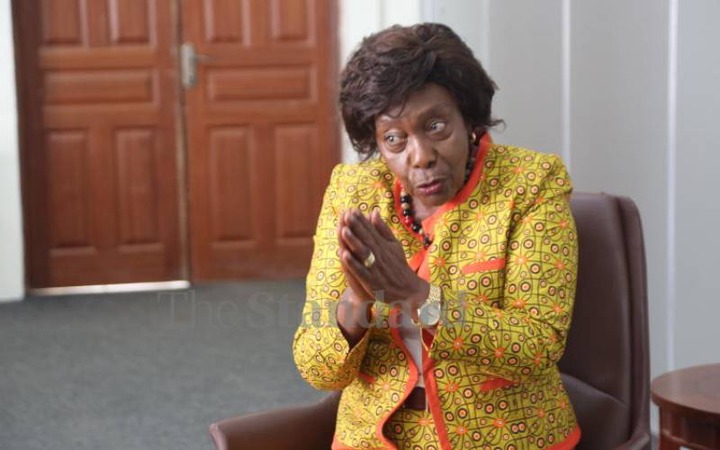 While speaking to KTN News in a live interview, Mrs. Ngilu claimed that despite Kalonzo's choice to go it alone, the Kamba community will remain in Raila Odinga's Azimi la Umoja. The governor claimed that Mr. Odinga had made an offer to the Kamba community to serve as Chief Cabinet Secretary, a position of significant authority. She asserted that she was more than capable of taking over Kalonzo's role now that he had declined it. 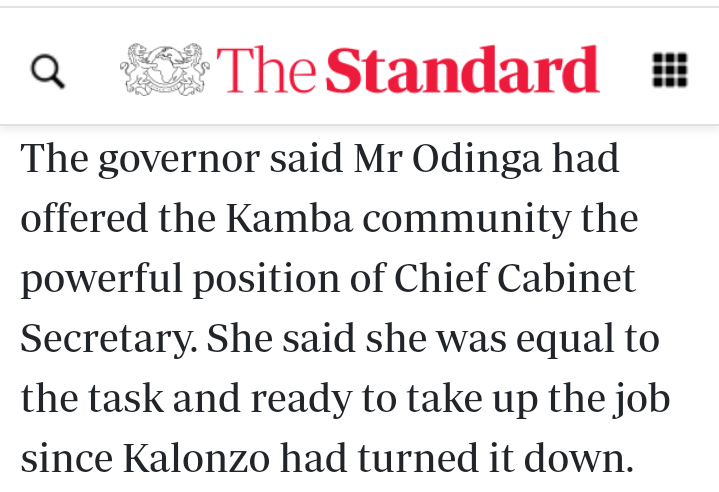