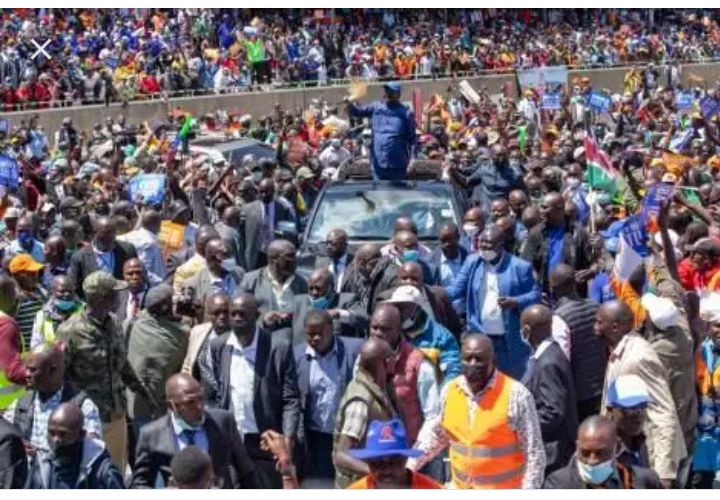 The 2022 political race is already at its peak as the political contenders from all corners of the country Kenya are seen roaming across the streets campaigning hunting votes for their various elective political positions as MCAs, MPs, Women Reps, Senators and Governors ahead of the polls. 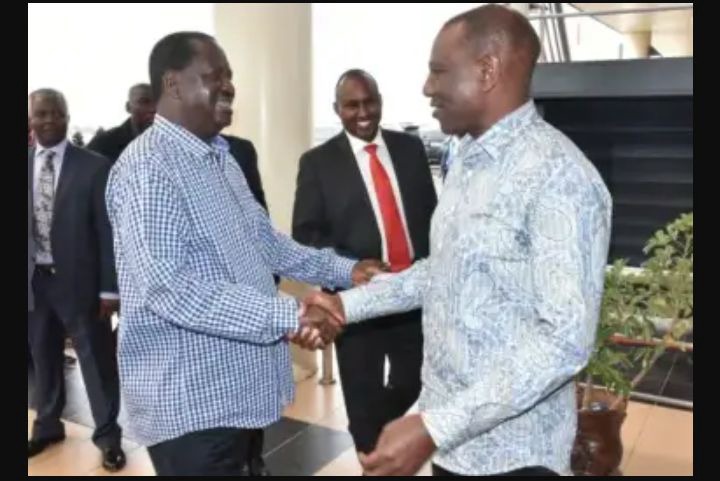 The two frontrunners are believed to have popularized their political parties in many parts of the country Kenya making them more popular than other presidential candidates who are also warming up for the top seat that is set to remain vacant in August when President Kenyatta shall be retiring upon the completion of his two-terms.

With only few days left to the next general elections that are usually held after every five years according to the current Kenyan constitution, some political leaders are still seen shifting from one political wave to another especially from Kenya Kwanza Alliance camp to Azimio La Umoja-One Kenya Alliance and vice versa.

It was a huge boost for the Azimio La Umoja-One Kenya Alliance camp when the former Deputy Governor of the Bungoma County joined the Azimio camp.

According to the reports by TV47, the former Bungoma Deputy Governor Honorable Hillary Chongwony ditched his Ford Kenya party which is under the Kenya Kwanza Alliance and joined DAP-K party which is in Azimio camp.

The new Azimio member promised to back the Azimio gubernatorial candidate Honorable Wycliffe Wangamati of the DAP-K party for Bungoma County race. 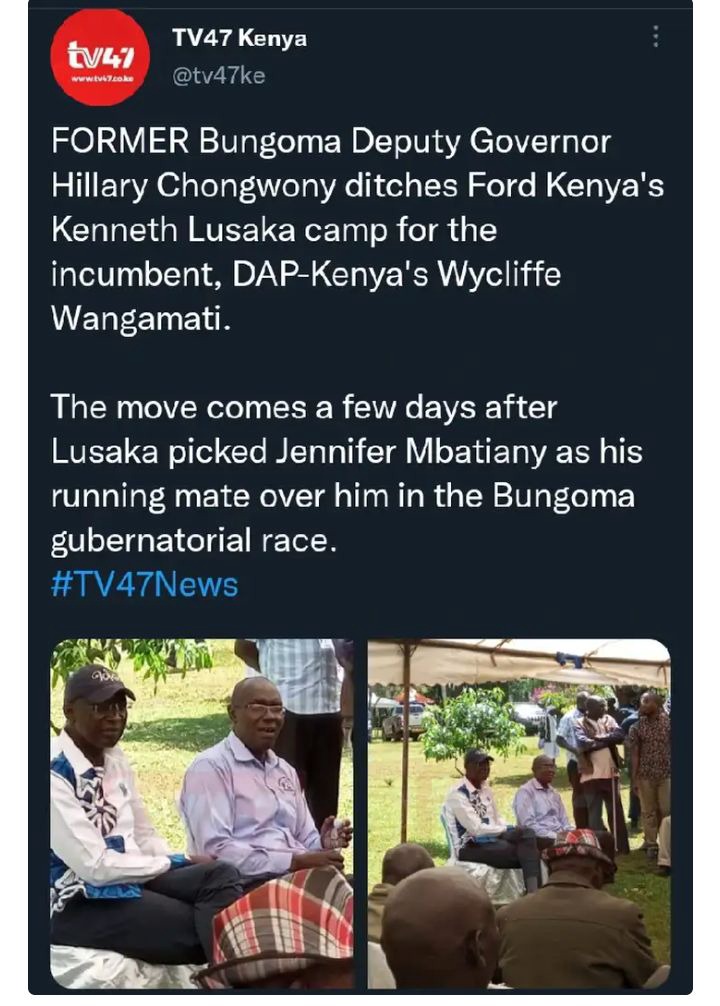