By MissJJ. (self media writer) | 1 month ago

According to a viral video that several media broadcasts have shown today at the Bomas minute before the presidential results were announced, the outspoken Narok Senator Ledama OLe Kina was seen attempting to make a statement as he left the area. 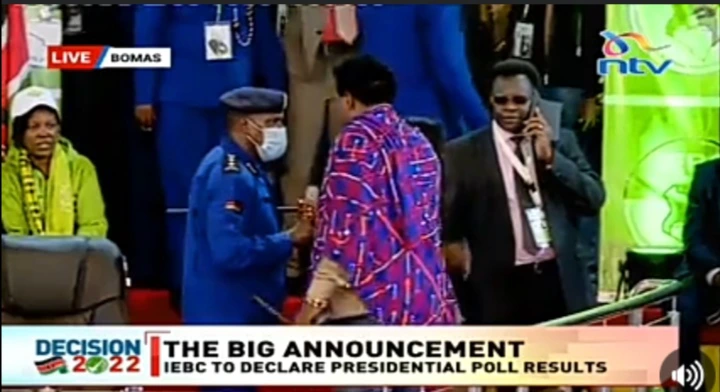 However, his efforts were unsuccessful since the microphone he attempted to use didn't function, thus a police stopped him before he could take any further action. According to the footage, he was made to leave the room after speaking with Kenya Kwanza politician Aden Duale. Later in, Ledama took action on his hands and started sending blows all over the air something which even scared Wafula Chebukati himself. 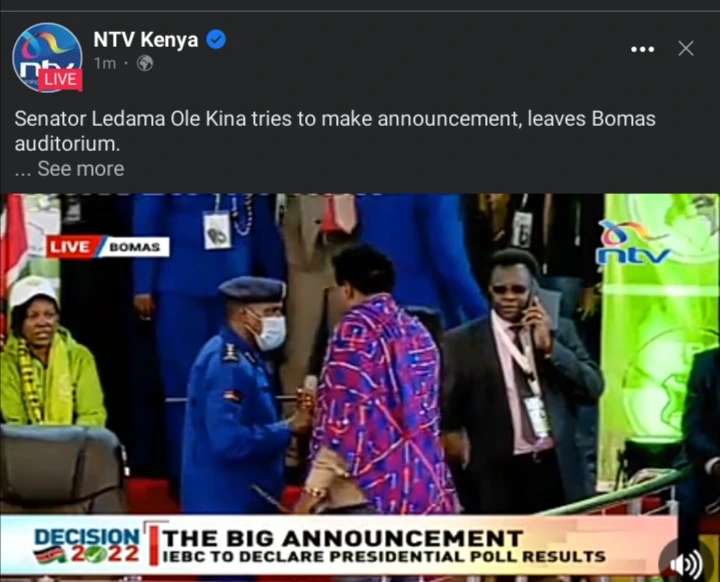 Apparently, it was all commotions and the Azimio vs Kenya Kwanza leaders were not at peace anymore something which made police officers to escort Ruto's mother out of the venue. Even though peace was restored in the last minute and Chebukati made the announcement, Azimio politicians were already out of the venue. Some four IEBC officials left and went to Serena hotel where they made a press announcement distancing themselves from the results. They also agreed that some things were not transparent and so they have no answers incase a petition is raised. Kenyans had different opinions and this is what some of them said on Facebook. Source, NTV. 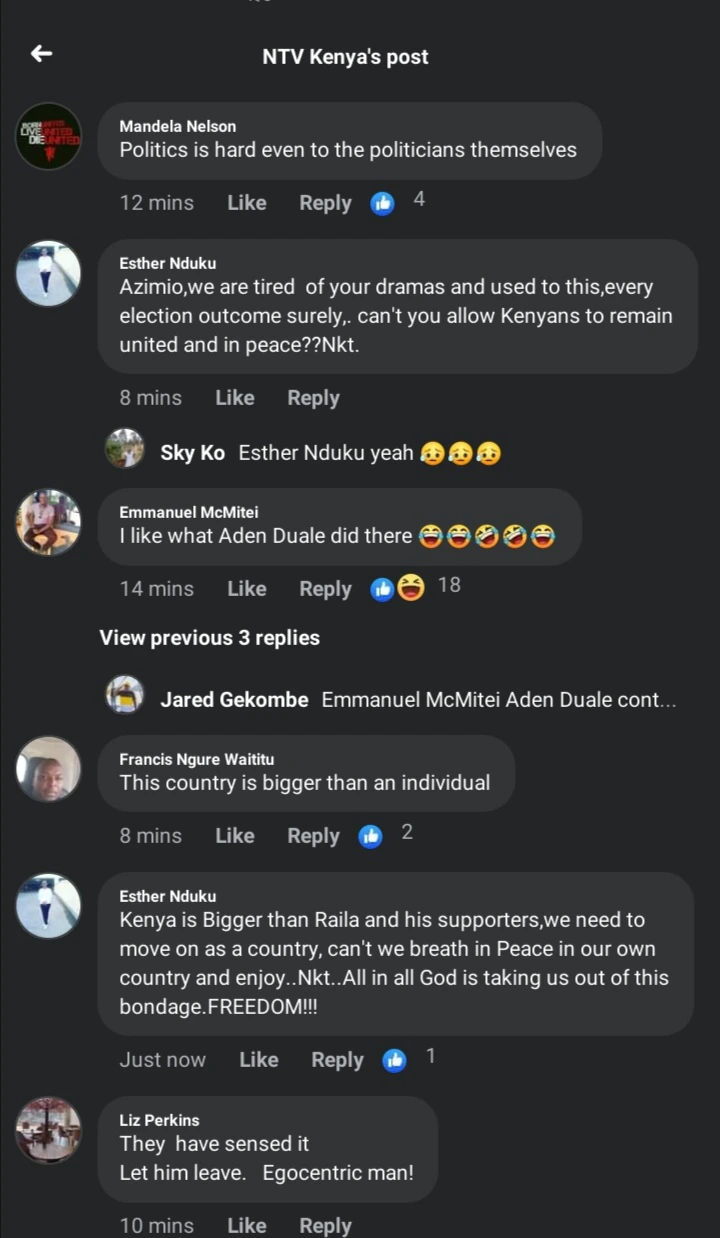 Content created and supplied by: MissJJ. (via Opera News )

William Ruto Taken To Court Over This