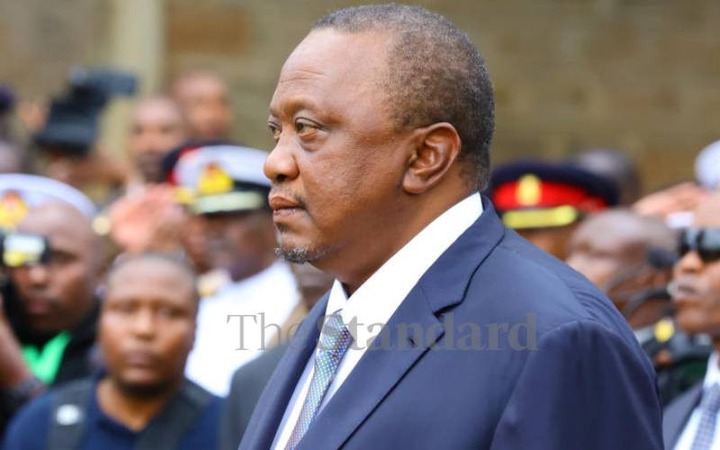 Kenyatta who has been a remarkable figure in Kenyan politics since the early 2000s was among the top Azimio losers in the elections as his main candidate Raila Odinga lost to Ruto.

Uhuru who is the chairman of the Azimio coalition had vowed not to allow the country be led by a man whose principals were questionable and he had even urged Kenyans to prepare for a Raila Odinga presidency. 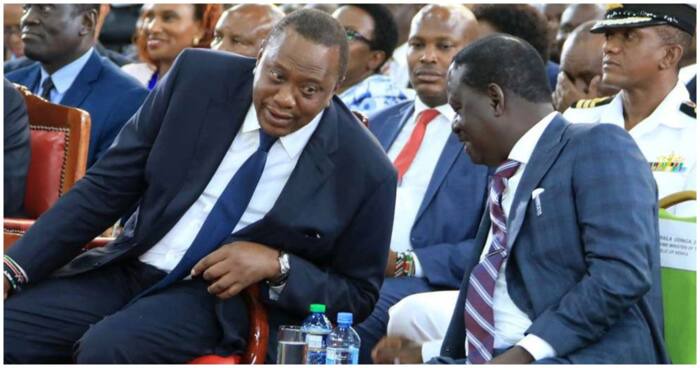 However, Kenyans opted for Ruto hence delivering a much-anticipated defeat to both Kenyatta and Odinga.

Since then, Uhuru has backed off from politics and is only focused on the new job he was given by President Ruto as a mediator of peace.

New details have emerged that Uhuru opted to stay away from local politics due to the bitterness he carries after losing the elections. 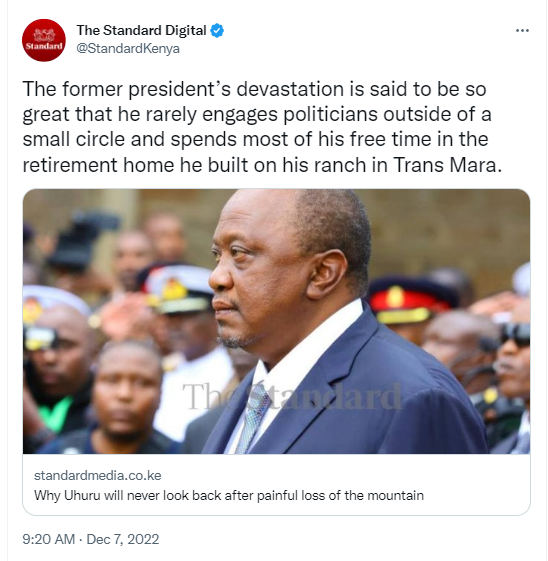 According to a publication by the Standard, Uhuru was extremely devastated after Raila lost the elections. However, his loss of his backyard; Mt Kenya region to his then deputy Ruto was so bitter that he chose to totally stop commenting on matters politics.

The publication further revealed that Uhuru only engages in politics with his small circle and spends his free time in the retirement home he built on his Trans Mara ranch.