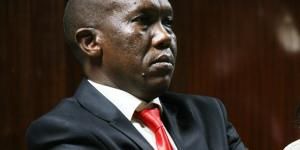 Former Mathare Member of Parliament, George Wanjohi, has lost a property he acquired on loan while serving in the 11th Parliament.

The former MP failed to service his mortgage and the Directorate of Litigation and Compliance moved to secure the title deed from him.

Wanjohi had acquired the property using a loan given by Parliamentary Mortgage Scheme Fund.

National Assembly Clerk, Michael Sialai, told the Parliamentary Accounts Committee (PAC) that they had managed to retrieve the property since Wanjohi had not paid the mortgage since losing his seat in a by-election in 2014.

“We now have a title deed for the mortgage that John Mike Wanjohi took. This matter is now resolved,” Sialai stated in a letter to the PAC.

“Those who have taken mortgage have given us the power of attorney to sale their properties in default. We charge and have title deeds ourselves," he added.

Further Sialai told PAC that the Parliamentary Mortgage Scheme Fund was also seeking to reach a negotiation with the family of the late Imenti Central MP, Gideon Mwiti Irea, over a pending loan.

The Clerk noted that they were in negotiations with Irea's family to establish how they can resolve the matter.

“We have safeguards and we have taken measures to ensure that the interest of PSC is protected,” Sialai told MPs as he responded to their audit queries.

Wanjohi's woes started after the Court of Appeal nullified his election and ordered fresh polls on March 18, 2014.

The three-judge bench stated that the varying tallies that were released by the Independent Electoral and Boundaries Commission (IEBC) returning officer could not identify the real winner of the election.

The judges said the varying figures could not be used to declare Wanjohi as the MP and directed that the constituency hold a by-election. 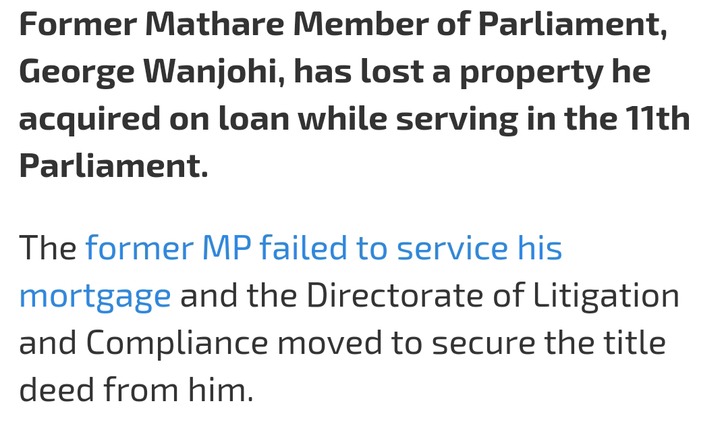 List Counties Which Will Mean Heavy in The Coming General Polls

Military Coup: Dark Days Ahead as Military Orders Suspension of Flights In and Out of Sudan