By AbubakarIDD (self media writer) | 5 days ago 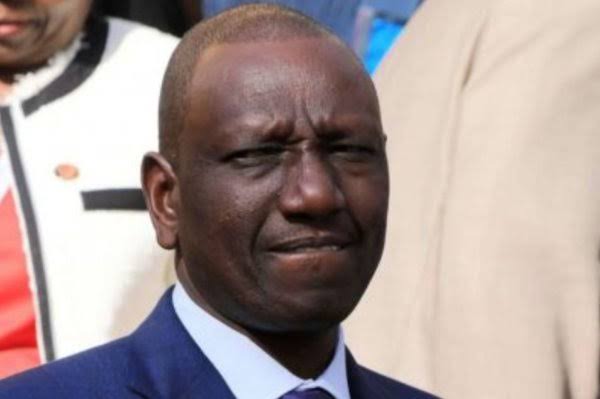 Deputy President William Ruto has been accused of many things in his political career by his rivals. Some of them have been associating him with dirty deals like land grabbing, big money corruption cases, double bitting and other dirty things in order to finish him politically.

In recent days, Ruto has been condemning the Mt. Kenya Foundation because of hosting meetings with some presidential candidates but today, the Deputy President has been left in political ICU after Kenyans were told by Philip Etale what he did prior to the 2017 poll.

Through his official twitter account, Philip Etale stated that prior to the 2017 general election, Deputy President William Ruto was hosted by the same MKF and raised millions of shillings in just 2 hours for their campaigns. That means that Ruto is just criticizing what he was doing in the past.

"Imagine William castigating the Mt. Kenya Foundation officials for hosting the ENIGMA for a luncheon at an hotel and forgets that he was hosted by the same people in 2017 and raised hundreds of millions for their campaign in a record 2 hours. Just imagine." Tweeted Philip Etale. 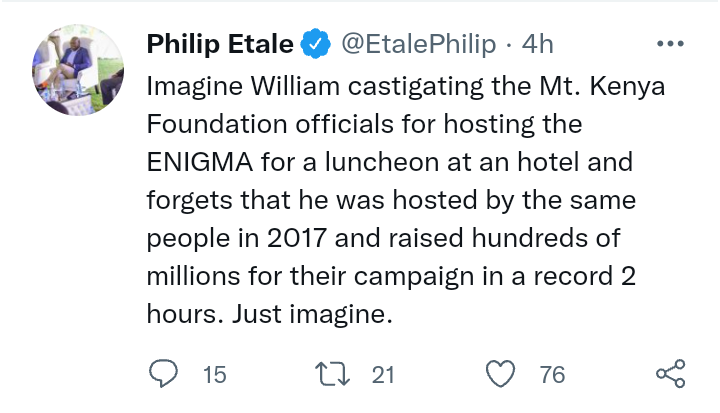 Vintage Eastland's Estate that has Lost its Glory

KPLC Anounces a Long Electricity Blackout On Monday October 18, Check If You Will Be Affected

Anne Waiguru Opens Up On What She Wanted To Achieve With BBI, Reveals What President Uhuru Told Her