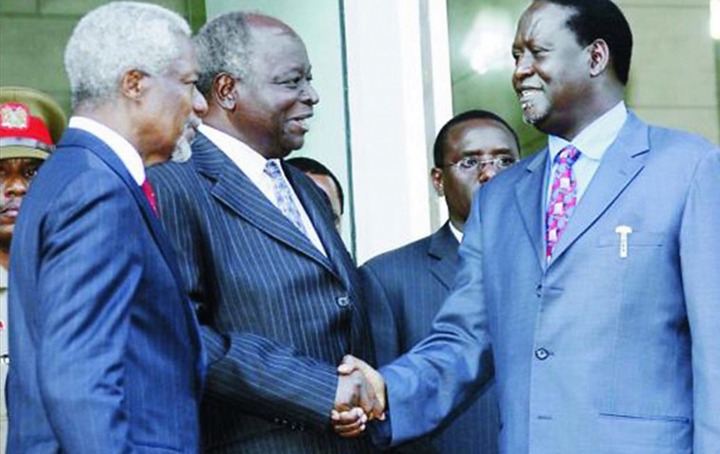 State House Strategist Mutahi Ngunyi has astonished Kenyans after His revelations giving History on How ODM leader Raila Odinga saved former President Mwai Kibaki from dying and a time that many government Officials had turned their backs on Him in 2002 when He was about to take power.

Ngunyi who was replying to a fan who ignited the whole debate says that Raila who was then a mere Minster didn't have trust and confidence on the driver of the Ambulance Car that was driving Kibaki to Hospital in Kenya where He was supposed to be given first aid after the accident which left Him with fractured legs, arms and injured neck.

Being a good public servant and Kibaki's close confidant, Raila decided to take the full mandate and drive the Ambulance to Hospital because He trusted His skills That would save Kibaki from getting any other accident, especially with the condition that He was already in.

According to the interview which was done by KTN News, one of Kibaki's personal Doctors Mr Gikonyo, He said that they decided to fly Kibaki to London where He was going for specialized treatment, but the lost unfortunate thing is that they were supposed to book a flight with Kenya Airways, at the first class section of the plane, but the stretcher which was carrying Him could not fit in the seats something that forced them to buy more tickets for more seats at the back, where the space was more wider.

Raila went again to look for five Men who carried Kibaki from outside into the plane and back to the chosen seats. They laid Him there upto the destination in London where He was treated and resumed His work after returning back. 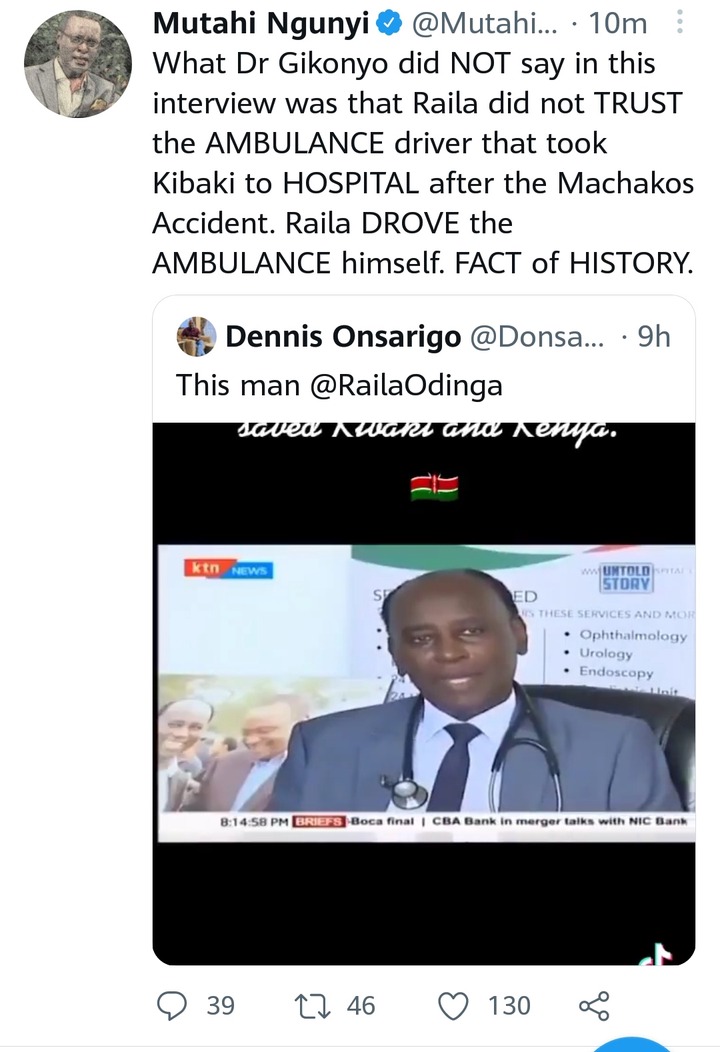 Since then, their bromance became more intact and even stronger after Raila was considered as one of the right hand Men before and after the grand coalition government.

Kibaki later returned into the Country while in a wheelchair and got sworn in as the President of Kenya, and started rulling untill He was able to walk again.

Kenyans who took to the Comments section of Mutahi Ngunyi said that Kenyans should consider electing Raila for the Presidency because of His kind heart and willingness to help people whom He does not share blood with. Some even went ahead to ask Uhuru to include Raila's wishes while doing government appointments which are crucial for the Nation. The Video can be seen by clicking on the link below. 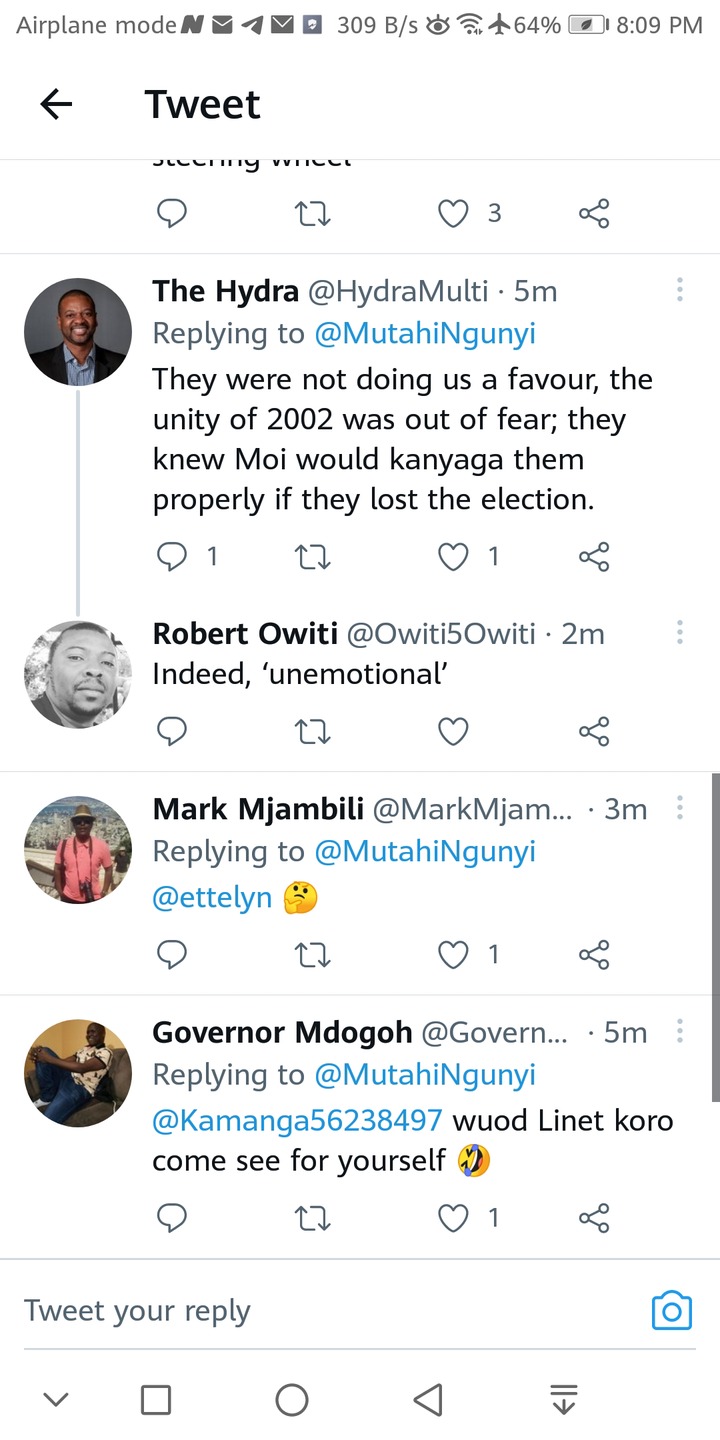 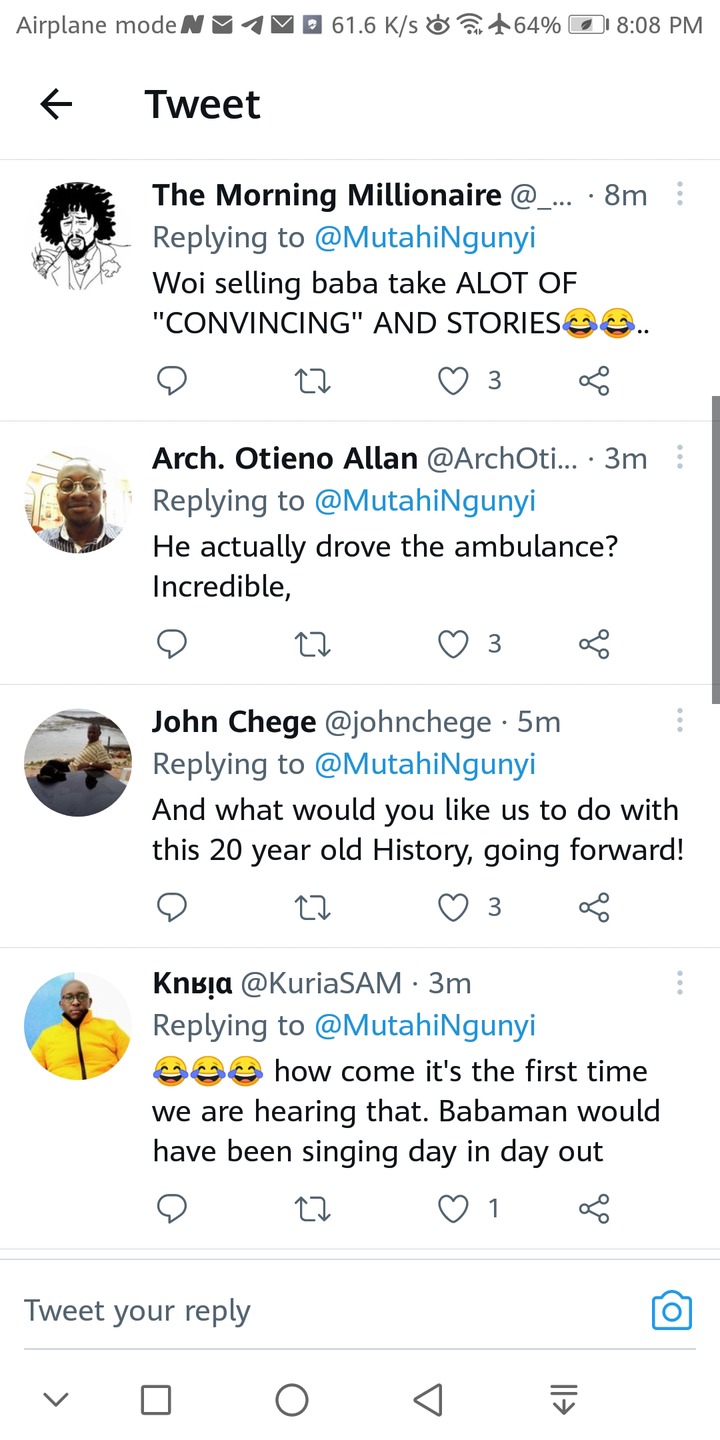 Vituko Za Diana Marua; Upcoming Rapper Diana B Reveals Cost Of Booking Her For A Performance