Speaking from the Nakuru Athletics Club as he presided over the commemoration of the World AIDs Day 2021 in the afternoon of today on December 1st, President Uhuru Kenyatta blasted men who go after little girls with sexual intentions telling Kenyans what to do to make them stop.

The President who had been touched by the story of a little girl who was abused by a grown man condemned the vice terming it as a matter that requires action from not only the government but also the citizens at large for the men to stop.

On this, the seemingly angry Uhuru started by saying that "it's really shameful to hear that such a little girl was abused by a man who is supposed to take care of her.

It's really shameful. So shameful to see a man who did such an act stand in front of people or show his face to the public." 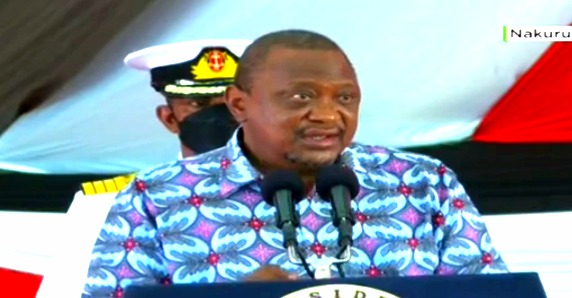 "How can you go after little girls then call yourself a man? What kind of man are you? If you are not satisfied with your wife, why can't you look for another wife who is your age? Tafuta rika yako!

These children are our future and if you destroy their lives, you are destroying your future too," he said.

He then told the ladies or rather Kenyans at large that "if your man has these tendencies or habit of going after little girls, then shame him in the public. Weka yeye kwa soko." His point for the public shaming of child defilers being that if a man is shamed publicly, other men will fear engaging themselves in the vice because they'll be avoided by other members of the public.

Akiingia kwa matatu watu wanatoka na wamuache pekee yake. He'll be shamed into leaving that vice and so will be other men," he said.

His remarks are in line with this year's theme as we mark the World AIDS Day which goes that "End teenage pregnancy towards eliminating inequalities and new HIV Infections. Komesha mimba za utotoni". 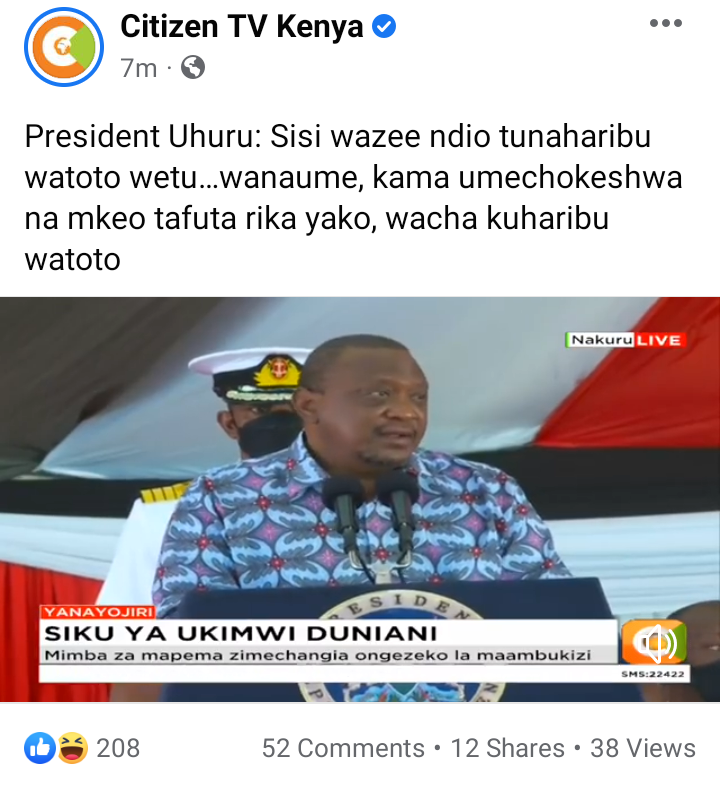 Who Will Win At Last? Comparison Between Regions That Ruto And Raila Beats Each Other

Tears as bodies of 2 plumbing students who drowned during photoshoot, pulled out after three days