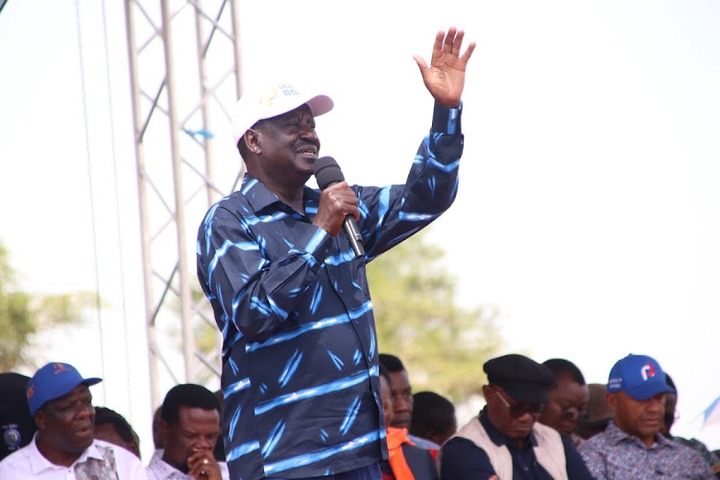 Deputy President William Ruto has now revealed how he is having secret dealings with allies of ODM leader Raila Odinga from the arid parts of the country.

Ruto says that while some area leaders are with Raila at daytime, they have been calling him in private to declare their support for him while disowning Raila.

He claims that these leaders support him, but are only with Raila out of circumstances, saying that they are in Azimio to avoid harassment from the state.

“Some of your leaders always call me to express their support. They are only supporting Mr Odinga because they have been threatened," he said in Isolo County on Tuesday, as is reported by The Standard.

He also indirectly admitted that President Uhuru Kenyatta still wields massive political might, admitting that this is why he is having it hard dealing with Raila. 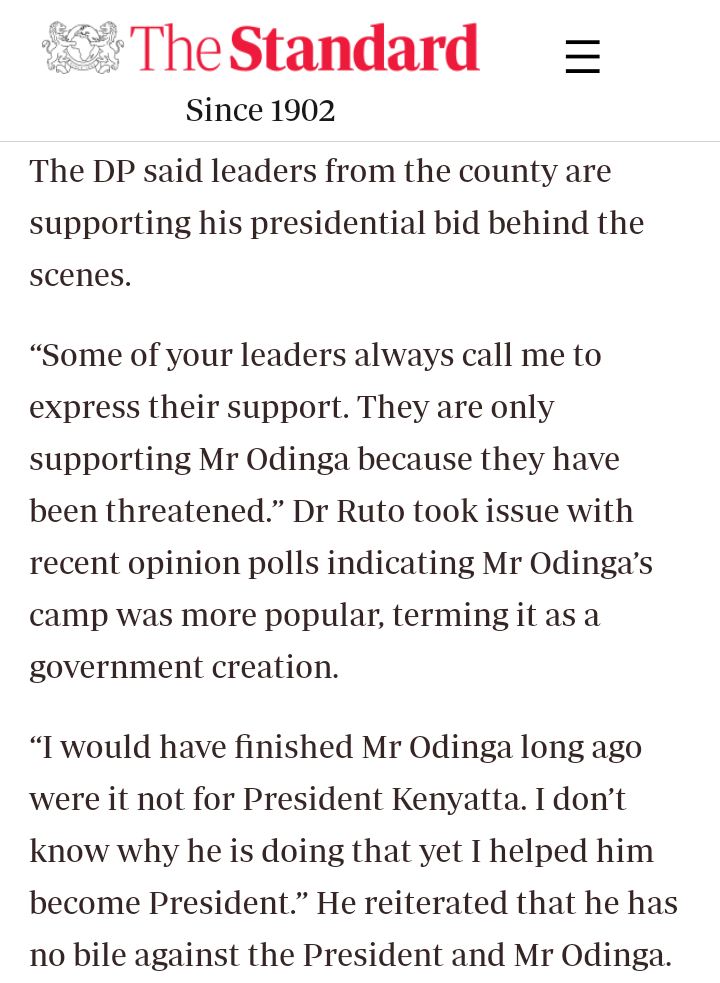 Ruto confessed that Uhuru's support for Raila has fortified the former Premier and made him quite hard to beat, now that they are facing off for the presidency.

He said that he would have crushed Raila long time ago, if the veteran politician did not have the full support of the outgoing Head of State.

Ruto further regretted that Uhuru has decided to abandon him for Raila, claiming that he singlehandedly made him President only for him (Uhuru) to turn his back on him and join his enemy.

“I would have finished Mr Odinga long ago were it not for President Kenyatta. I don’t know why he is doing that yet I helped him become President. I helped Raila become the Prime Minister and Uhuru the President twice. They have now ganged up against me," he said.