By Robbi (self meida writer) | 1 months 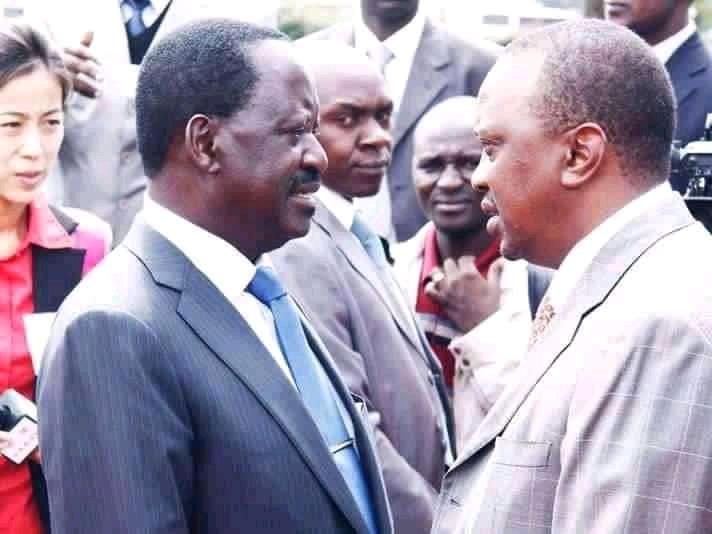 As the 2022 succession politics continues to gain momentum, various leaders who wish to succeed President Uhuru Kenyatta have been out hunting for support to strengthen their political bases ahead of bruising 2022 presidential elections. Some of them have been forming alliances, attracting community and peace associations' attention that it was still early to campaign for the forthcoming elections.

And now as per The Star, President Uhuru Kenyatta has advised Raila Odinga with his perceived rivals; Gideon Moi, Kalonzo Musyoka, Musalia Mudavadi, Moses Wetangula and Charity Ngilu to stop fighting against each other and focus on what lays infront of them.

The Head of State also told the NASA co-principals to unite as they go into next elections to avoid violence, which was witnessed in just concluded by-elections in Kabuchai, Matungu and London Ward. 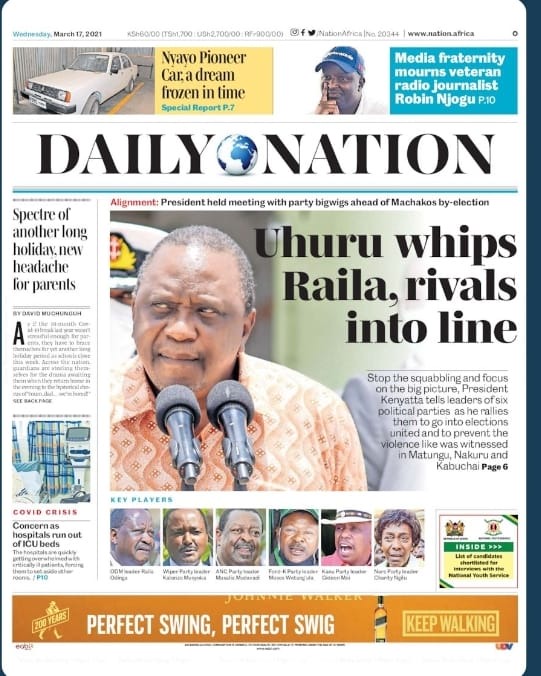 Uhuru's remarks comes at a time when the infighting continues to rock the once strong alliance,NASA. Leaders Kalonzo Musyoka, Musalia Mudavadi and Moses Wetangula wants Raila to support one of them for 2022 presidency, citing a MoU they signed in 2013,but Raila's allies have called off the say, claiming that Raila will run for presidency in 2022. They also maintained that Raila wil not endorse anyone.